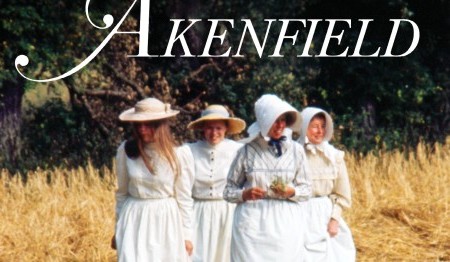 Akenfield is a state of mind and a rare gem of a film. What initially starts as a seemingly dull picture with non-professional actors becomes a gently hypnotic drama. It is a bucolic pastoral based off a 1969 novel by Ronald Blythe. With a narrative that one could almost expect W. H. Auden or Sir John Betjemen to narrate, or as Withnail would say something more like an H. E. Bates novel where “they’d all be out the back, drinking cider, discussing the price of butter”. And indeed they are. Set in one day it tells the story of young Tom Shand who is at a cross roads in his life. Born and brought up in the Suffolk village of Akenfield he is planning on leaving the village where very few people seem to leave. His beloved grandfather has recently died and the family, locals and neighbours are gathering for Grandad Shand’s funeral. Tom is imagining his grandfather’s past through the reaping in the fields in about 1912, including a hay ride, the war years and even a barn dance during WWII in 1943, as well as school days, Sundays and skinny dipping. But this is not an American small town sentimental musical of the Meet Me in St Louis variety but is an at times quite haunting, even Proustian experience.

Directed by Sir Peter Hall, a director more at home in the theatre than film and hailing from Suffolk, this was a project that he had planned to get off the ground since he first read the book in 1969. It wasn’t made and released until 1974 and was deliberately kept as a small film. Naturally therefore Hall had trouble getting financial backing as it was never going to make much money. One studio in the US was interested but wanted to move the story to the Mid-West. Thankfully Hall turned this down. LWT also became interested with a joint TV and cinema release offer. Finally the project began and using non-professional actors, the film became a very English version of Italian neo-realism. Hall worked closely with author Blythe (who appears as the local parson) to create an authentic realisation of the novel. He knew the scenes he wanted but allowed the ‘actors’ to ad lib.

In 2011 BFI had also released the long forgotten Requiem for a Village (1975) and in many ways the film is more of a companion piece to this film, despite the latter films more supernatural elements than anything else. It too was set in Suffolk. In addition the music score has, as well as the strange narrative of the film a strange haunting quality to it. It was originally to have been written by that very English of composers, Sir Benjamin Britten but an equally strong and gelling score was written by opera composer Michael Tippett, taking elements from his ‘Fantasia Concertante on a Theme of Corelli’ as a recurring theme.

The package, as one would expect with BFI was complete and packed with extras including interviews with Hall, author Ronald Blythe and some of the cast and crew on the film. In addition there is also the follow up documentary to the film. ‘Akenfield Revisited’ as well as production stills and an informative booklet with diary essays by Hall and a short essay by Blythe. As with its original release it will hardly rush to the top of any best seller lists but is worthy of critical re-appraisal and viewing.