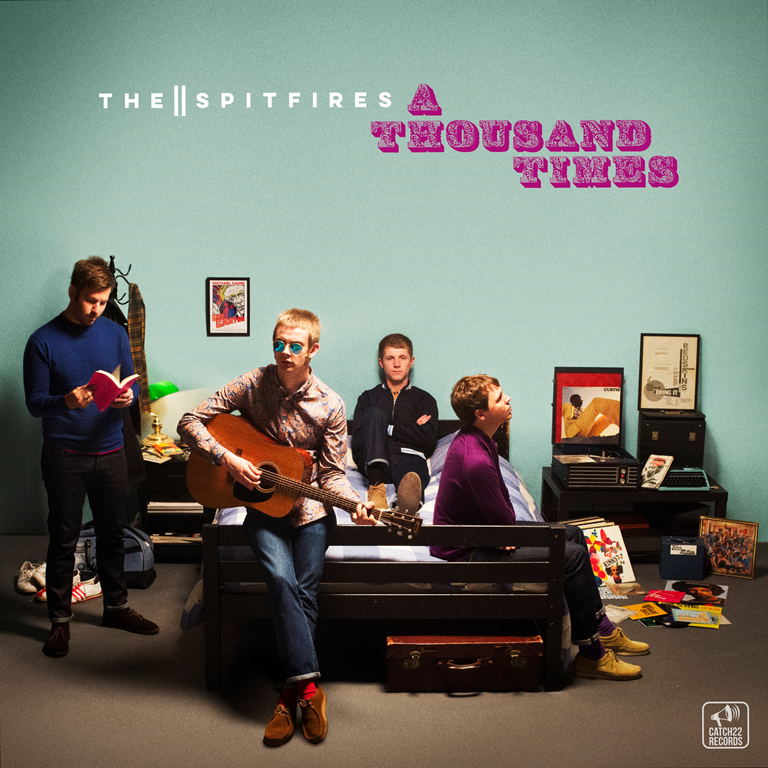 The Spitfires – A Thousand Times

Rattling more than a few cages with their independent assault on the music industry, Watford quartet The Spitfires don’t much care whether they’re receiving support from the regulars or not – they’ve carved out a hefty swathe of fans the old fashioned way, and, if new album A Thousand Times is anything to go by, the labels will be coming knocking with their tails between their legs before too long.

The follow up to their 2015 debut album Response, the new record nails their colours to the mast – some have hailed this bunch as a pastiche of the mod generation, a throwback band with no future. Get ready to eat those words, ladies and gentlemen, because here are a band most solidly coming into their own with a fighting spirit reminiscent of the aircraft from which they draw their name.

Vocalist and front man Billy Sullivan is the leader of this particular gang, and he’s not taking any prisoners on this album. There’s more than a few traces of Richard Ashcroft and Ocean Colour Scene about the gargantuan, string-infused pop of ‘Return To Me’ that really does mark him out as a very special songwriter.

Although Sullivan’s been keen to point out that he doesn’t see the band as political, inherently, by their very existence and their staunch opposition to the mainstream they appear to have become a magnet for an increasingly large section of the UK’s disenfranchised youth who are, as ever, bored of the mainstream and instead finding, and indeed growing, their own subcultures.

With their recent single ‘So Long’ one of the album highlights, it’s easy to see how this powerful brit-rock spliced with the ’60s pop that gave the UK it’s musical pedigree on the world stage is easily selling out dates and topping charts entirely under its own steam.

How long before someone, somewhere has to sit up and take notice of The Spitfires unstoppable steamroller? Not long, we’ll wager.