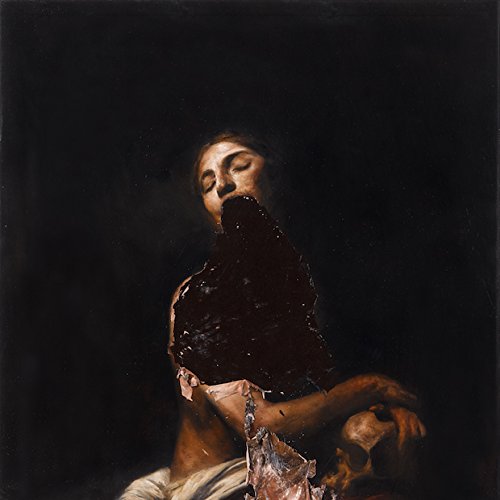 Finn Andrews and co return with their first album in three years .. and fans will think it well worth the wait. This is a varied album featuring story based songs with a bewildering cast of characters. There are perhaps more slower numbers and more use of melody than might be expected, but there is also plenty of the dark, atmospheric and chaotic sounds that the band is best known for.

The album opens with the rather creepy Axolotl, a song named for a strange looking amphibian also known as the Mexican walking fish. Well, why not? With distorted vocals, synth squeals, an insistent drum beat and a great guitar sound this one simmers nicely without ever quite breaking out. King Of Chrome is similarly disturbing, based on a faster beat and a spoken vocal with real menace. This tale of a trucker builds steadily with a creepy vibe and the pounding drums give it a hard edge as they build to a closing crescendo.

Of the lighter tracks, single release Low Lays The Devil is slow and haunting, as is In The Nightfall, while Swimming With Crocodiles is another good slower track with another great name. In The Blood is also slow paced, the deeper vocal delivery here adding emotional depth to the track. Do Your Bones Glow At Night? starts quietly and darkly before a rare female vocal adds a touch of unexpected beauty.

There are several other stand out tracks on the album. Older song Iodine And Iron is given a new lease of life with a big production that sees the emotional vocals in this song of death backed by a lovely piano melody and some quite superbly haunting slow guitar work. The title track closes the album in real style, a sinister sounding five minute long track with deep vocals over an atmospheric organ sound. The oddly varying drum beat adds a lot to a song that never really settles, leaving the listener with a sense of unease as it fades to a close.

With Total Depravity, The Veils have produced a collection of songs that mixes a dark and disturbing gothic sound with moments of bright light. There is a dramatic and cinematic undercurrent to an album that instantly intrigues before revealing much more over repeated listens. I wouldn’t have described myself as a fan of the band, but this album will definitely stay on my play list.