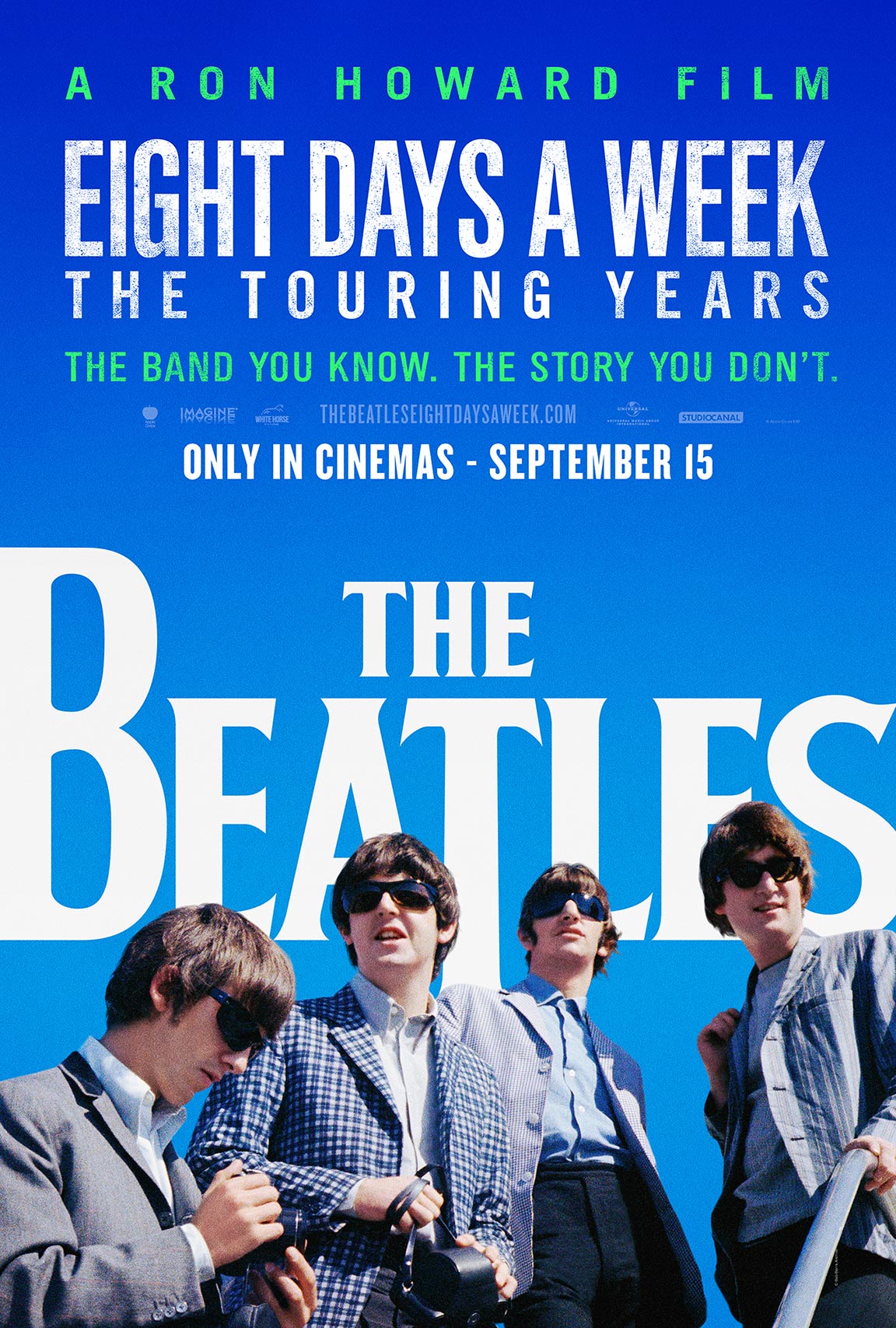 The Beatles: Eight Days A Week – The Touring Years

Eight Days A Week is, by and large, the story of how The Beatles ceased to be, and is such a must watch for any fan. Director Ron Howard has taken archive footage, some never before seen, and brought us the life on the road story, as the 4 lads from Liverpool set out to conquer the UK, Germany, the US and everyone else.

What starts as 4 bubbly, cheeky guys just having a great time and playing the music they love, slowly turns sour as they come to terms with their fame, and what it has cost them, before slowly deciding not to tour again. It’s a story that every Beatle fan knows all too well, but here we have the faces reacting to it for the first time. Something we may not be used to.

But with this, we see everything else. We hear the music live, in a way that we haven’t heard before. The crowd have been muted slightly, so background noise is at a minimal, and the idea of hearing the band in their glory is tantalising enough, without everything else that Ron Howard has brought to the table.

Along with the music, the footage, are brand new interviews with Ringo and Paul, providing insights into the world they lived in for so many years. There’s the reasoning behind those all too famous outfits, behind the scenes look at the films the boys starred in, and how they were forced to grow up so quickly, in such an obtuse manner.

In the live music shots, we see their ferocity. John and George going nuts in Australia, Ringo letting loose on the drum kit in New York, it’s amazing to see a band who’s impact may never be seen again in their prime, doing what they do best.

This will make you miss the band more than you thought you did, which is a testament to the documentary Howard and his team have brought to us. There is so much to enjoy here, and yet so much to feel sorry about. The Beatles were one of a kind, and still are. Seeing them digress to hating their lives is harrowing, but a price to pay to be the most special band the planet has ever seen.