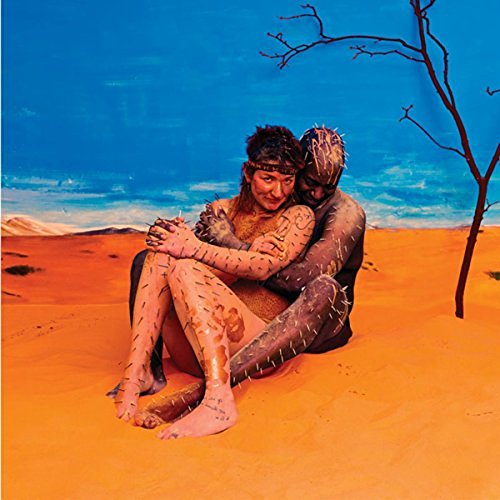 London singer songwriter Ruth Theodore has a fine line in quirky yet insightful lyrics. Her individualistic musical style uses a lot of unusual guitar tunings and percussion techniques, which makes her songs unconventional and often striking. But the discord that can exists between her poetic words and the sometimes overly busy sonic background can dull their effect.

For her fourth solo album Theodore worked with producer Todd Sickafose, leaving her London narrowboat home for a musical journey up the West coast of the USA. Her travels may well have influenced the resulting songs, which often use animal metaphors to examine more human motivations and behaviours, as there is a definite feel of Americana or roots music here.

The album’s nine tracks span several musical approaches. The opening Buffalo sounds chaotic in places, a fast paced song with some fine guitar work. Softly sung lyrics burst through a mix of percussion and water sounds that threatens to overwhelm the song. Single release You Cant Help Who You Love tells a carer’s story in a fight against cancer. The vocal tone here is upbeat despite the subject and the lyrical wordplay is very clever.

Scavengers is a much more political song, almost a rant against the rich, and is backed by a lively piano riff. The Carcasss And The Pride is perhaps the pick of the album, with piano leading a tender track delivered with deep feeling. Man Of The Land uses a spoken lyric that is almost performance poetry in a breathless feminist journey through time that starts with the creation myth and runs through all of the many problems created by man.

There are more restrained songs here too, and these work very well. Kissing In Traffic has a much simpler structure than most of the album. A tender love song based around piano and voice with a trumpet melody, the lyrics come through clearly and powerfully. Wishbone is even starker, creating an intimate feel with just piano backing for the best vocal performance on the album.

To call Cactacus a folk album would be an oversimplification. There is a folk base to the songs, but the blues and country influences give it more of a roots feel in the main, although the piano parts in places display more than a nod to jazz. It is an album that requires a few listens to connect with, but it is worth persevering. Underneath the sometimes overdone musical backing there are several excellent songs.