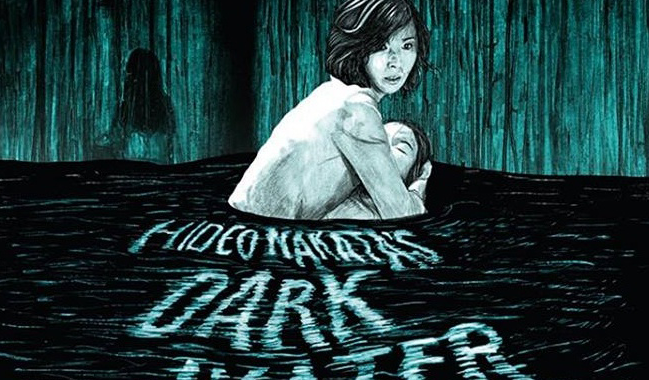 It would not be an overstatement to say that in the late 1990s Hideo Nakata’s Ring (1998) was a game changer, as had been Bela Lugosi as Dracula (1931) in the original monster cycle, George A. Romero’s Night of the Living Dead (1968) for zombie movies and satanic possession in Rosemary’s Baby (1968). Ring was a ghost story and revived a history of ghost story telling in Japanese cinema going back to Nobuo Nakagawa’s The Ghost of Yotsuya (1959), Kwaidan (1965) and Kuroneko (1968). Nakata brings some of that similar eerie ghostly style from Ring into Dark Water. Whereas Ring made good use of faded and poor video footage, Dark Water relied on a great deal of atmosphere and mood from director of photography Jun’ichirô Hayashi’s nicely toned cinematography in sometimes chilling blue, green and yellow tones, giving it a colourful edge; the films use of pouring rain recalls that most classical of all Japanese films, Kurosawa’s Seven Samurai (1954).

The central characters of the film are a rather fragile young mother, Yoshimi, struggling and in the midst of a divorce and living with her 6-year-old daughter, Ikuko. She eventually finds new accommodation for them both in a rather damp and rundown block of flats (where we do not see any other tenants other than the concierge and a landlord) – made all the more eerie by the heavy rain. The feeling of the apartment is one that is far from homely with damp patches beginning to appear on the ceiling and rather bland furnishing. Ikuko begins attending kindergarten while Yoshimi struggles with a life work balance. But strange things start happening in the apartment: clumps of black hair coming out of the taps, a damp patch dripping and ever growing on the bedroom ceiling, the witnessing of a girl in a yellow rain mac and the continual appearance of a child’s cute red bag. Yoshimi discovers that a girl who had lived directly upstairs belonged to a family who disappeared following the young girl’s disappearance; the girl was the same age as Ikuko and when she disappeared was believed murdered. No one believe her of course, but Yoshimi is convinced that she is being haunted by the ghost of the girl who is trying to tell her something.

Nakata employs no blood in such films as this and Ring, but instead imbues it with a sense of dread, especially when that dread is realised out of the corner of your eye. When Yoshimi (played by Hitomi Kuroki) is in the lift in the films climax with water pouring down, she looks out of the corner of her eye in fear when the ghost of the yellow raincoated girl leaps at her throat. Throughout Nakata uses this sense of dread to perfectly timed effect; the bland and everyday take on a fear of the uncanny best scene in this film in the red children’s bag with its Miffy type figure on it. The look of horror on Yoshimi’s face every time she sees it is her recognition that this banal and cutesy bag signifies something terrible. Even the yellow child’s mac has a look of horror to it. The banal becoming terrifying. Surely the red child’s coat in Nicholas Roeg’s Don’t Look Now (1973) comes to mind here. Blood is not shown and instead the director again turns to hair coming through taps, as well as damp patches of water and pouring elsewhere to substitute for blood. The result is much more effective than mere red blood. But as with most of the best horror films, the film is about more than being a ghost story with the driver being Yoshimi’s mental fragility following her separation from her husband and secure homelife into one of uncertainty. With both Ring and Dark Water, both of which are adapted from novels by Ken’ichi Suzuki, Nakata demonstrates the best in horror, or accurately terror cinema. It is also true that his later films have become either repetitive or less effective in comparison. On one of the extras on the disc Nakata discusses his reservations and fears of becoming a director of horror films, but that is clearly the direction his career has gone.

As one would expect from the smart and often brilliant range of exploitation and horror cinema released by Arrow Video, this film is bountiful with extras including location shooting, essays and talks by Nakata, author Suzuk, lead actress Kuroki and cinematographer Jun’ichirô Hayashi among others, all of which are about 20 minutes apiece. Almost 15 years after it was made Dark Water is still an effective and worthwhile leader in what became known as J-Horror. And of course like many J-Horror films it was remade in Hollywood in 2005 and starred Jennifer Connolly, but with less subtlety.