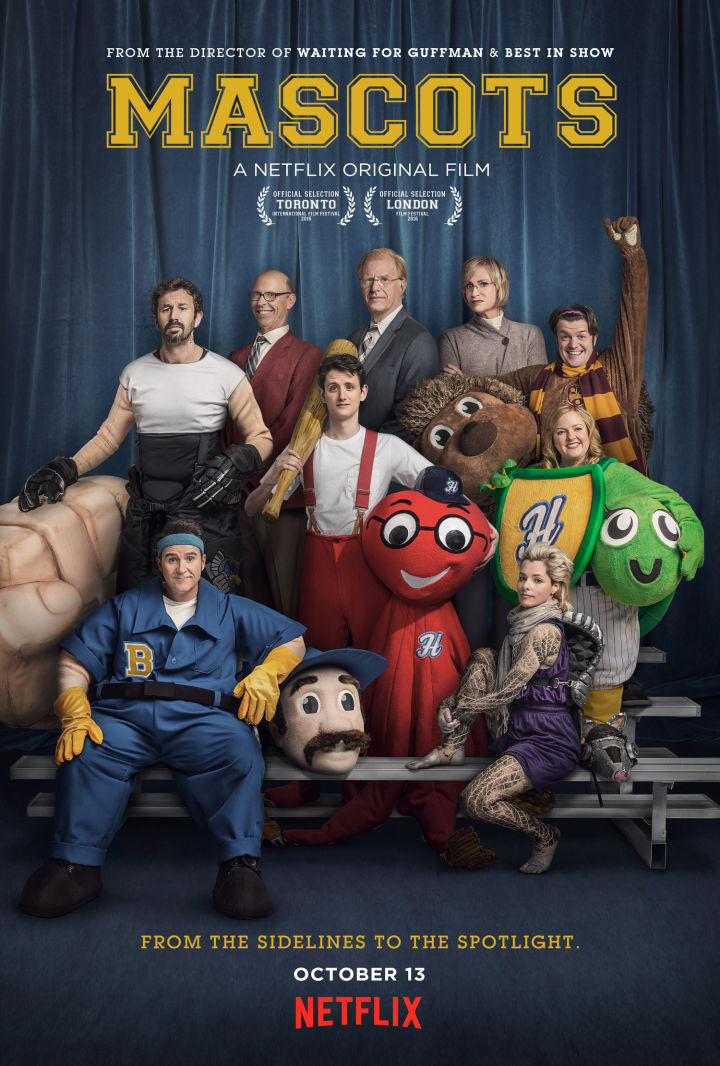 There is a moment as a plumber and a turd are dancing on stage to some music that you really have to take a step back, and admire what Christopher Guest has brought to us once more. The man behind such superb mockumentaries as This Is Spinal Tap and Best In Show takes his talents to that of a mascot contest in the States, where mascots from various lower level sports teams battle it out for the top prize, the Golden Fluffy.

It’s exactly as weird, wonderful, funny and strangely enticing as you would expect from Guest, and some of the performances here are stellar. Alumni of previous Guest films appear, such as Ed Begley Jr., Fred Willard and Jennifer Coolidge, but it’s some of the younger talent who really stand out.

Zach Woods and Sarah Baker play a married couple who’s act suffers through their strained relationship. Their performance doesn’t cut the mustard, and they are placed as such in the competition. Christopher Moynihan plays the aforementioned plumber who reaches out to an old highschool flame via Facebook, is mascot for a college football team, and has one of the funniest routines in the competition.

Tom Bennett plays the English fish out of water, holding his father’s (and his father’s father’s) legacy in his hand as the next generation of mascots in the family, but struggles to make his mark as something truly new.

And, with possibly the stand out performance, Chris O’ Dowd plays The Fist; an mascot in the shape of an actual fist, supporting an Ice Hockey team based in Canada, and providing some of the better laugh out loud moments, partly due to his character, and partly due to how creepy his character actually is.

Clocking in at just over 90 minutes, the film is concise and to the point, in that there isn’t much point, but to laugh at these weird people and the situations that they find themselves. Which is what Guest does best, creating something out of nothing. While not necessarily original, a fairly similar idea to Best In Show, you can hardly blame Guest for plagiarizing himself.

That said, it is a lot of fun, which is all you can ever ask for from a Mascot.

Mascots is released on Netflix worldwide on Thursday, October 13th