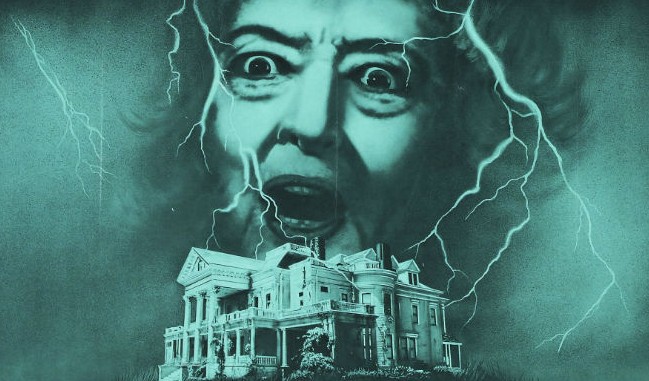 Haunted house horror films are as old as the genre itself. Of course there are some landmarks films. Sadly Burnt Offerings isn’t one of them. That is not to say it’s that bad, because it isn’t, despite it being panned on its release. Two landmarks of the early 1960s include The Innocents (1961) and Robert Wise’s The Haunting (1963), both of which are still very scary . There are also others such as the British horror, The Legend of Hell House (1973) starring Roddy MacDowall. Burnt Offerings was made in 1976, just a few years before a few other landmark films: The Amityville Horror (1979), The Shining and The Changeling (both 1980). In the 21st Century there has been a huge flood of similar films including The Others (2001), Insidious (2010) or The Conjuring (2013) leading the way. Burnt Offerings does though have a nice M.R. James or even Henry James feel about it and in many ways is a very 70s film, coming in the decade that built the possession film as a sub-horror genre. Released by Arrow Video it is an interesting addition to their ever growing catalogue.

The story revolves around a family who are looking for a holiday home and find a mansion for $900 for the whole Summer. When they arrive to enquire, Ben (Oliver Reed) is uncertain and skeptical whereas wife Marian (Karen Black) is keener on the prospect. They are met by a strange elderly brother and sister who are the family owners (Burgess Meredith and Eillen Heckart), dropping such creepy clues as “the house looks after itself”. In the end the couple decide it is a good idea to rent and will suit their purposes for the duration of the holiday. The place itself is a 36 room mansion with stained glass windows and Victorian furnishings (as any haunted house should be) and has most certainly seen better days. It looks like Tara in Gone With the Wind after the Yankees have been there. There is also a catch of course. The reason for the cheap price is their elderly mother lives in the attic and is bedridden living in a locked room. All they need to do is leave food for her. Creepy? When they eventually arrive there is 12-year-old David (Lee Montgomery) and Auntie Elizabeth (Bette Davis – in another late career horror film; horror films once being the graveyard of Hollywood legends). Aunt Elizabeth has her feet firmly on the ground while Ben is still not sure about the place. He fills the swimming pool with water for him and David to use and tries to settle, while Marian embraces it entirely, curious about all the old family photographs while mesmerised by a music box. She soon finds herself in a trance with the old things and looks after the ‘mother’ leaving her food and tending to her attic room. Marian starts to become distant to Ben. One day Ben freaks out in the pool and attempts to drown his son. Things are starting to get weird now as he keeps having nightmares about his own mother’s funeral and the nightmarish vision of the grinning chauffeur in the funeral hearse. Suddenly the Aunt dies after contracting a fever and suffering nightmares herself. Soon the mansion begins to take on a life of its own and is even starting to look fresh with flowers, a sudden lick of paint and almost seems to be breathing. It starts to become dangerous as Ben starts to mentally collapse, Marian becomes more withdrawn and David is nearly gassed in his room.
The film does thankfully avoid too much in the way of blood and goes for some more solid grass roots hauntings, even if there are enough cliches to keep the film familiar including a typical haunted house spine tingling soundtrack. Directed by Dan Curtis, no stranger to horror as he had made the TV series ‘The Dark Shadows’ in the late 60s and its feature spin-off, The House of Dark Shadows (1970) (recently remade with Johnny Depp) along with a host of horror films made direct for TV in the 1970s. It is based off a novel by Robert Marasco and the novel as well as the film would have probably made a better short story and shorter film. At approximately 115 minutes it does feel a little overlong and the predicable ending is something of an anti-climax. The title too is curious as it has nothing to do with any burnt offerings. Black is good as the wife but Reed, himself no stranger to horror films having served his apprenticeship in many a Hammer film, does not convince with his American accent drifting in and out. Nor are we sure of what he does for a living, but is possibly a writer given that Marian has a typewriter for him. Also missing is any notion as to the location. Sometimes a sense of place can add a further frisson, but this mansion could be anywhere in the US or Canada (it was filmed at an old mansion in Oakland, California).
The extras, as usual with Arrow Video are plentiful. The audio commentary is narrated by Curtis, Black and co-screenwriter, William H. Nolan. Given that Nolan is the only one still alive this must have been recorded some time ago. There is also a separate commentary track by film historian, Richard Harland-Smith. In addition there are 20 minute talks each by Montgomery, Nolan and facial character actor Anthony James who plays the grinning chauffeur in the nightmare sequences. Not the best of the genre, but a decent piece of 70s minor horror.
Chris Hick