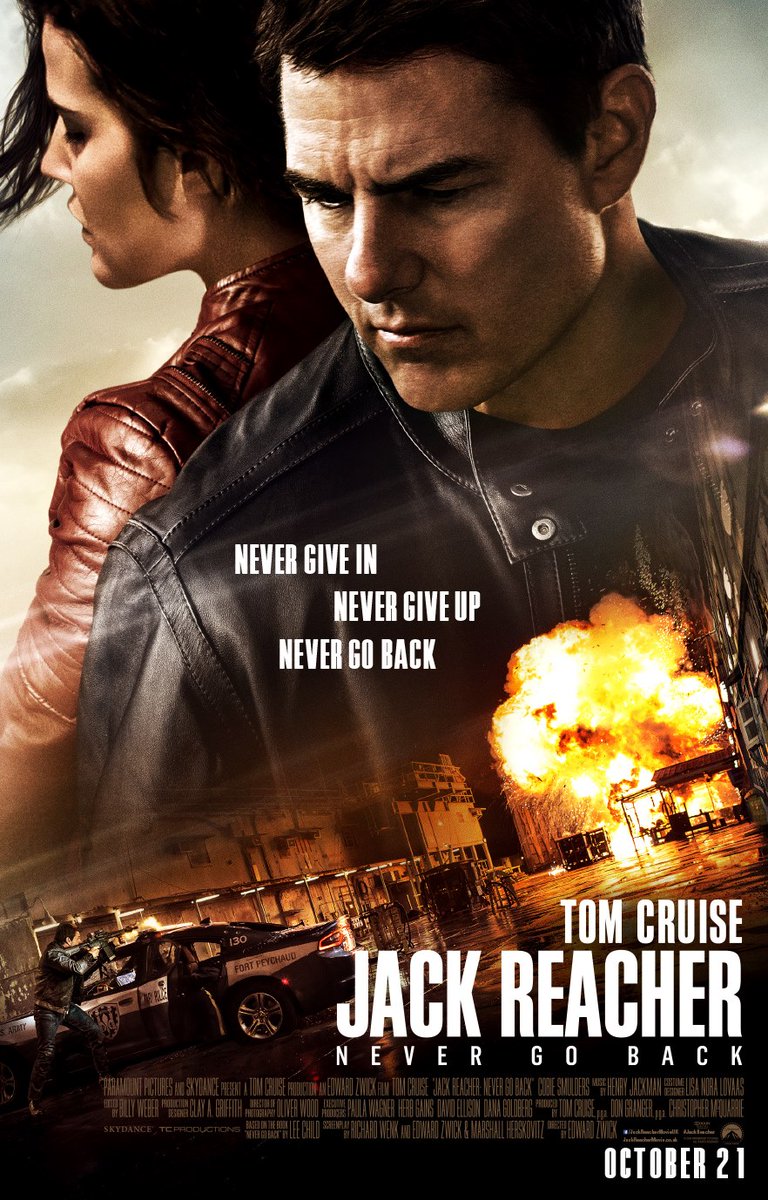 Tom Cruise is back once again to run away from explosions, solve the crimes and be the absolute best action hero. Jack Reacher is also back, in the new film Jack Reacher: Never Go Back, which is a Tom Cruise production. The puff piece sequel has all the superficial glitz but little substance.

Reacher is thrust back into action as he goes on a mission to clear the name of Susan Turner, a government official who has been wrongly accused of treason. Reacher breaks Turner out of prison, and two go on the lam to get to the bottom of the conspiracy. The two must also keep an eye on Samantha, a young girl who may be related to Reacher, and is so a perfect target for the bad guys.

Cruise goes through the Ethan Hunt paces as Reacher once more, and yet it is tough to watch. Being the blockbuster face for the past few decades is a feat in itself, but as the man enters his 55th year, it may be time for him to aim for a different type of role. Or simply, hire a different director.

That being said, the film doesn’t take itself as seriously as the M:I projects do, and this is how the film makes itself work in the way it does. Out and out action, car chases, close quarter fights and outright absurdity are the name of the game here, and as we’ve already stressed, Cruise is still king of the popcorn flicks, flat as his performance may be.

His co stars truly help bolster the story along, with Cobie Smulders’ Turner being the standout. Strong, tough and a worthy replacement for Reacher in the system. But this isn’t enough to carry the film. The suspense is non existent, particularly in the final act, and you never really feel that there is true threat.

But maybe the biggest question is simply why Cruise feels that these are the types of films he should still be a part of in such a way. Times change, but Cruise hasn’t, and that may be the biggest issue is. The title of this film is Jack Reacher: Never Go Back. Maybe Tom should take this on board, and try circling a different avenue of acting, a different role, one more befitting of his attributes.