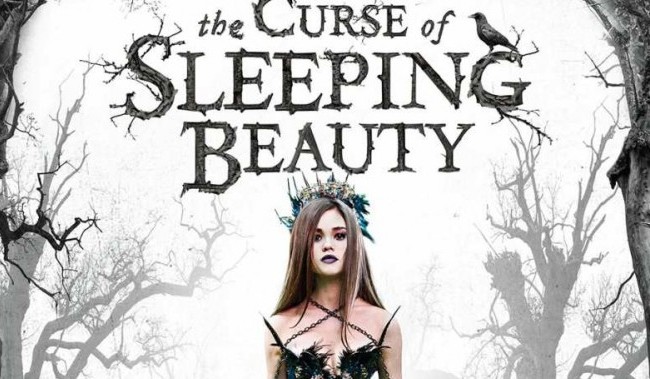 Don’t let the title fool you. This ain’t no live action variant of a Disney film, nor is it Maleficent (although some of the costumes are similar) or even a Julia Roberts interpretation of Snow White or any other Grimm fairy-tale (in some part this is based off the Grimms ‘Briar Rose’). Instead this is more like your typical haunted house horror with a Dario Argento type of variant of the haunted house film thrown in for good measure. The story starts with a dream, or more accurately a nightmare sequence in which a young artist called Thomas Eisler (Ethan Peck, grandson to Hollywood legend Gregory Peck) wakes from a dream in a cold sweat after he attempts to kiss and awake a mysterious and exotic sleeping girl called Briar Rose (India Eisley), but is unable to do so. One day he is approached by a lawyer who tells him that he has inherited a house from an unknown uncle who had committed suicide. Naturally the house is a dilapidated old mansion that he is unsure what to do with. Arriving he is both spooked and finds the place spooky. It’s filled with some rather creepy mannequins. As he delves deeper into his uncle’s past and finds all sorts of weird things such as an ancient book of spells he realises that his uncle has passed down a curse to him. A realtor (Natalie Hall) he bumps into one day at the house eventually grows close who also happens to believe that the house may either be haunted or carry a curse. His nightmares continue and even get worse when he is attacked by a veiled Succubus type of demon. He believes that the key to the curse lies with Briar Rose and his understanding on how to wake her. He and Linda one night are attacked by the mannequins as they turn into underworld demons. They narrowly escape out of the house and are saved by a friend of Linda’s, Richard (Evil Dead‘s own Bruce Davison), himself an occult specialist. Between them they attempt to lift the curse from Thomas.

There are some significant problems with The Curse of Sleeping Beauty. The director seems to be focused on demonstrating the horror and his ability to show horror in this B movie rather than the whole character of a film, denying it of any real atmosphere. The horror maybe well done in places, even if a little cliched. Of course as well as such Italian films as The Beyond (1980) and other portals to hell films such as The Sentinel (1977), The Curse of Sleeping Beauty offers nothing new to the genre other than a few minor scary jumps. The film also falls between several stools. At one minute it is a traditional occult and haunted house mystery and at another it tries to be the kind of youth juvenile horror of the likes of the Twilight films or ‘The Vampire Diaries’. Added to this the acting, particularly by Peck is bad and detracts from some fairly effective scare scenes. Granted it is a young cast but it is not a well directed film. Where the film does shine is the costume design by Jacqueline Goehner, particular in Briar Rose’s stunning costume. Released in time for Halloween it may prove a minor hit during this season with a younger audience. There are no significant extras on the disc.
Chris Hick