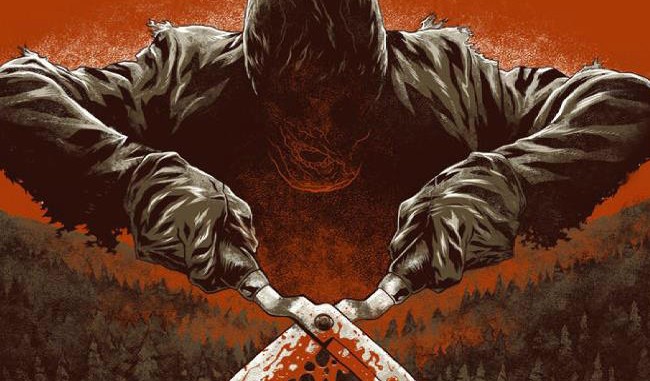 On the back of Halloween (1978) and Friday 13th (1980) there were a whole spate of slasher horror films in which a familiar theme followed, in which a group of sexually active teens would be hunted down by a deformed or masked killer with seemingly superhuman strength. There are many similarities between The Burning and Friday 13th, made just one year before: there’s a lake, a party of teenagers, a traumatic event that led to a deformed killer carrying out his revenge, a general absence of adults, a weapon of choice for the killer (in this case garden shears) and sexual promiscuity. The Burning opens with the traumatic event itself: a none too attractive young man and caretaker called Cropsy is taunted by a gang of students staying at a youth camp called Camp Blackfoot. The prank goes horribly wrong and Cropsy ends up being burnt in a fire, entirely engulfed in 100% burns. His tormentors flee and don’t tell anyone. Years later and after several disastrous skin grafts he moves to the city where he murders a prostitute with a pair of scissors. He makes his way to another rural camp, Camp Stonewater where he spies on a group of teenage students holidaying there. One camper, Alfred is a little simple and is bullied by some and protected by others. One evening Alfred sees the deformed face of Cropsy at the window but no one believes him. After a skinny dip one of the girl’s is murdered by Cropsy with a pair of garden shears. Her body is hidden. The rest of the campers go on a canoe trip down the river where they are tracked and murdered by Cropsy with his shears one by one.

Made shortly after the success of Friday 13th, The Burning is classic slasher film and the first film by the Weinsteins for their Miramax label. Overshadowed by the other two more famous slasher films, The Burning does have some notoriety, it does feel somewhat tamer today although ironically it was not as nearly sometimes suggested a copycat slasher as it was first written before Friday 13th. On its release it was trimmed of its horror excesses and granted a welcome ‘X’ certificate in the UK although was barely shown, but when re-released on video it was finally banned with the much coveted title of becoming a so-called “video nasty”, ensuring its future popularity. Now released on Arrow Video it has had the cuts restored. Despite its love among modern horror aficionados it was slammed by critics on its release and has gained some interest along with other as a contributor to the modern horror film slasher. The shocks and jumps work well, but are, of course a little clichéd in places while most of the deaths are relatively realistic for a B horror, with the silly snipping off of the fingers of one victim among the films poorest effects. Some of the other killings are actually quite well done. Hardly surprising given that the special-effects and make-up were done by Tom Savini (fresh from Friday 13th), a maestro of the modern horror make-up. Although this is a cheaply made and produced horror film that did not get the backing of Paramount, unlike Friday 13th, The Burning had a couple of names that became well known, such as future big star and Academy Award winner Holly Hunter and Jason Alexander, who would go on to be a regular on ‘Seinfeld’ among the cast. But all these actors are pretty much first timers here and it has to be said, typically for such films it does show. Director, Tony Maylam spends sometimes a little too long on the set-ups of characters without giving them too much character meaning that there are long dull sequences. He does, however, show some good set-ups for the horror sequences.

The movie has the benefit of a creepy synth score by Rick Wakeman that adds more than a frisson of terror to the narrative of the film. This is one of the two really interesting extras on the disc, as Yes keyboardist Wakeman talks about his experience in getting involved with effectively a B movie horror. The other interesting extra is make-up maestro Tom Savini talking about the scenes he created for The Burning. The make-up artist is not usually recognised as a star in films, but with Savini’s name attached always gives a horror film credibility. Other extras include lead actress Leah Ayres talking about getting this role at the start of her career, editor Jack Sholder, editor on The Burning and only film he is credited as editor on until he turned to direction, particularly horror films such as A Nightmare on Elm Street 2: Freddy’s Revenge (1985). Worth a visit for fans of slasher movies.