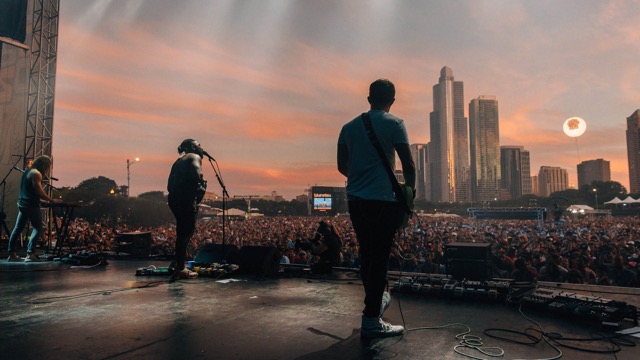 Directed by British photographer and filmmaker Rachael Wright, the video was shot during the band’s North American tour this summer, including headline appearances at Lollapalooza and The Governors Ball. Kele Okereke told The Independent: “Stunt Queen was written on the road whilst we were in full rock band mode.The song is an ode to the council estate behind my house in Brixton. The estate seems to be busy all hours of the night… I wanted to try and capture that sense of an underworld in motion”.

The band has today announced a new show at Manchester Albert Hall, tickets will go on sale on Friday. The band’s shows at London’s prestigious Roundhouse on 10 and 11 February sold out earlier this month in a matter of hours, with the first date selling out in less than ten minutes.

Stunt Queen is Bloc Party’s first new material since the release of their fifth album HYMNS at the start of this year, and their first song to be written and recorded by the line-up of Kele Okereke (vocals, guitar), Russell Lissack (guitar), Justin Harris (bass) and Louise Bartle (drums). The song is available to stream and download now via Infectious Music / BMG. HYMNS was released in January 2016. Featuring the singles The Love Within, The Good News and Virtue, it is available to buy and stream now.