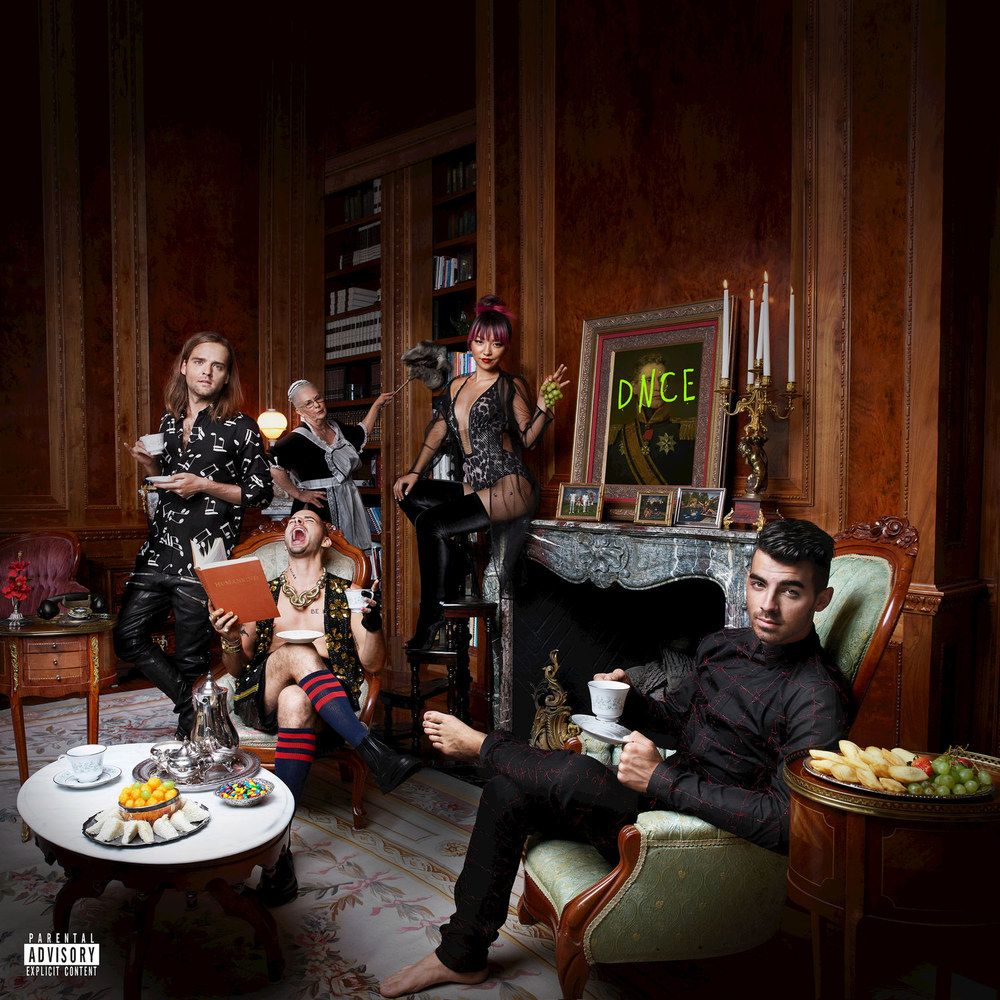 Formed in the summer of 2015, DNCE first introduced themselves to audiences worldwide with the release of their debut single ‘Cake By The Ocean’, their now certified double-platinum breakout smash which has made them one of 2016’s most buzzworthy acts. Released in September 2015 and included on the group’s 4-track debut EP, SWAAY, the hugely popular single was #1 on the UK Airplay Charts for 4 weeks in a row and to date, the video has had over 195million views. The song was a certified smash at radio, becoming one of the most played songs of the year. Internationally, ‘Cake By The Ocean’ reached Top 10 on iTunes in over 10 countries and has generated over 350 million streams on Spotify worldwide. The sexy ‘Toothbrush’ followed this summer with a highly buzzed about music video featuring supermodel Ashley Graham, which to date, has amassed nearly 40 million views. To add to their incredible year so far, the band has won ‘Best New Artist’ at this year’s MTV Video Music Awards, and have just been nominated for two MTV Europe Music Awards.