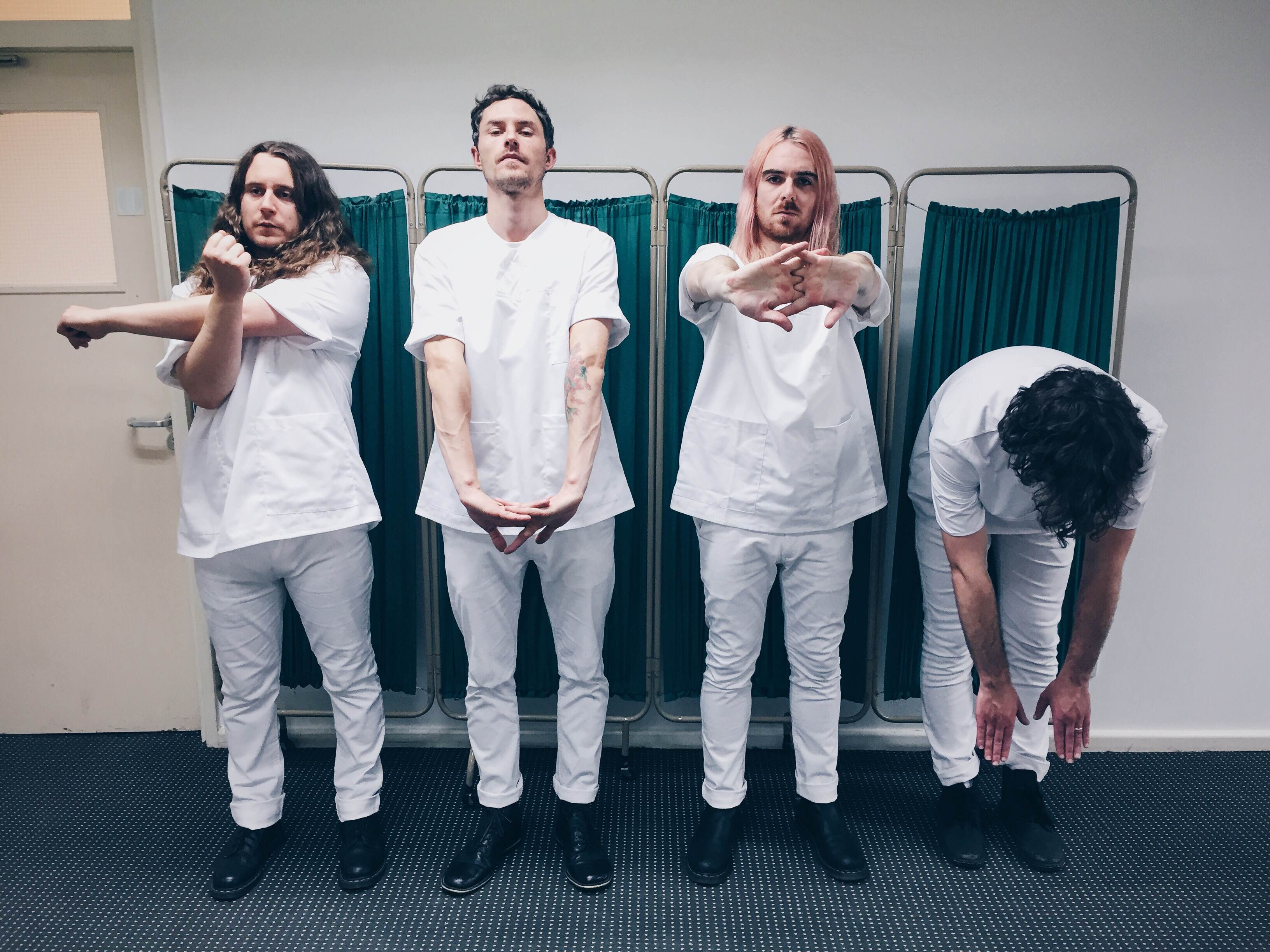 Having just delivered the first sonic attack since their 2014 album, Blood, with new single ‘The Big What If’, Leeds’s Pulled Apart By Horses reveal a surreal new music video to match.

“For this video we buddied up with close acquaintances and immersed ourselves in the beautifully absurd world of Lord Whitney”, drummer Tommy Davidson reveals. “Pushing ourselves to new physical and mental limits, we took part in an experiment to battle the effects of sleep deprivation. We went to desperate measures to remain conscious, things got weird and we found ourselves trapped somewhere between the stark reality of a bare hospital ward and a harsh, surreal dystopian landscape.”

Pulled Apart By Horses tour the UK through March and April of 2017, ahead of which they join Twin Atlantic for three consecutive Glasgow shows this December 2016. ‘The Big What If’ was recorded at McCall Sound in Sheffield with Ross Orton (Arctic Monkeys, MIA, Roots Manuva).

“From me and the other boys in the PABH camp I can safely say that we’re all overjoyed to unveil this new beast kicking and screaming into the cosmos,” reveals singer and guitarist Tom Hudson. “It was created on a diet that consisted mainly of garage rock, fuzz & a curiosity of the unknown.”

Pulled Apart By Horses are back and they’re bravely and courageously travelling to new worlds and beyond. Come follow.

A new Pulled Apart By Horses album will follow in 2017. Stay tuned.

Stream and download ‘The Big What If’ now via iTunes, Spotify, Apple Music, Deezer and Google Play.

Catch the band live at the following dates in 2017.