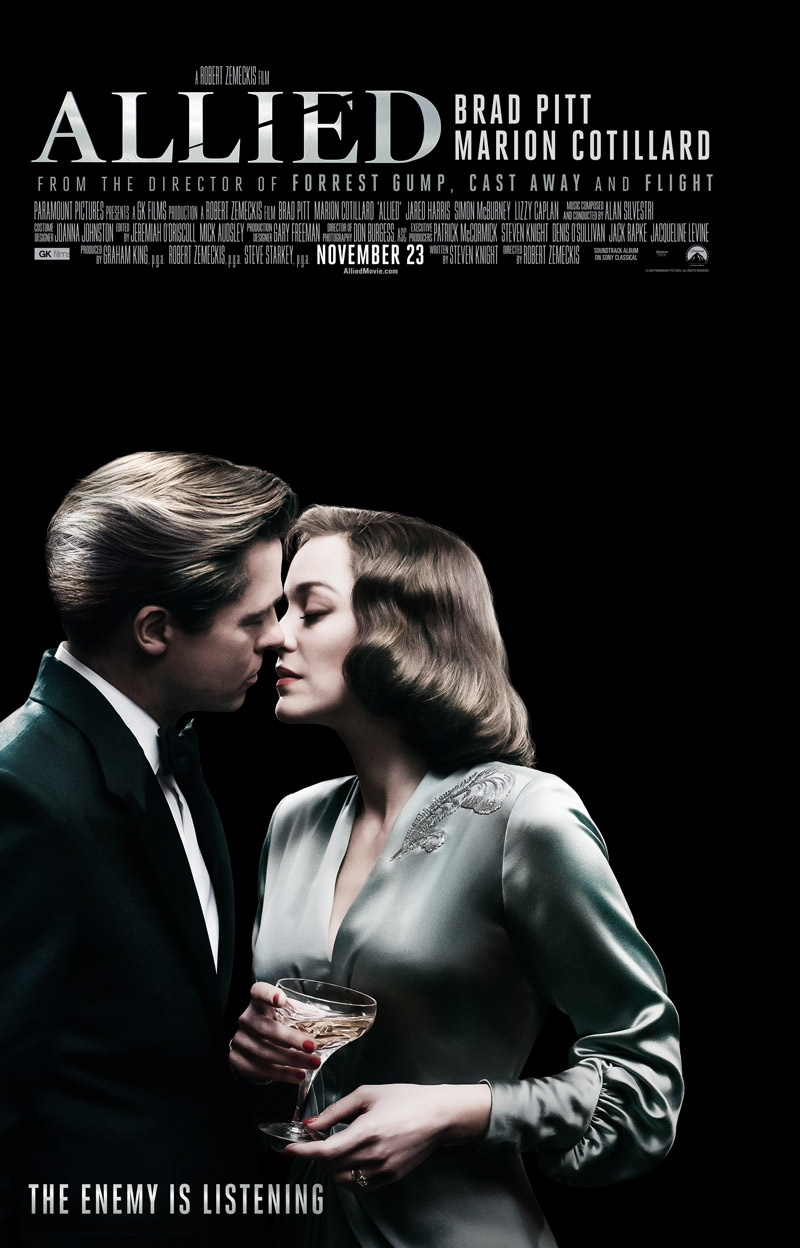 Max Vatan and Marianne Beausejour just cannot catch a break. Not only have they found someone that that they truly love before going on a daring mission in Casablanca, but when the mission inevitably works out, they have to survive blitz ridden London during World War Two. And not only that, but the allies now believe that Beausejour is actually a Nazi agent. You’d think a coupe this attractive would breeze through life.

Pitt and Cotillard play their part here in Robert Zemeckis’ film about love and war, where war takes very a much a back seat. And the love here, well, feels stale. Vatan and Beausejour put their lives on the line for the good of the world, and so their feelings for each other are thrown into a whirlwind. Or at least should be.

Both Pitt and Cotillard well rehearsed in roles such as this, but for some reason they come across as strangers for the duration of Allied. Moments as magical, such as Beausejour giving birth in an attack on London, the wedding, all take part with the two actors vacant expressions. They never truly look like they’re fond of each other, let alone in love.

And the trouble that Vatan then goes through once he hears of the accusations against his wife, yes they suit a man of his stature and ability, but Pitt never really looks like he’s after the truth. It’s a strange situation, but the chemistry never really seems to kick off between the two.

Which is a shame, for the story twists and turns, and demands attention. Zemeckis is known for the tales he weaves, directing some of the greatest modern works and working some of the best in the business. But Allied never really gets out of first gear, apart from some stunning set pieces of the mission in the first act and London during the War.

There are others at play here too, Jared Harris plays Vatan’s boss, Frank Hislop, who tries to shake Pitt from his despair of his wife’s apparent transgression against the Allies. Lizzie Caplan play’s Vatan’s sister, Bridget, who too tries to calm his nerves.

But Vatan is after the truth, and does his damnedest to find out if the mother of his child really is as bad as they’re saying. But whatever dramatic endeavours must be taken if she is indeed a Nazi spy, why the partner must be the one to take out the lying party is a stretch too far.

And for all the twists and turns, ultimately the resolution is unsatisfying and somewhat predictable. Allied is by no measure a bad film, just not the work we have come to expect from the sum of its parts. Simply a let down, because we know what everyone here is capable of.