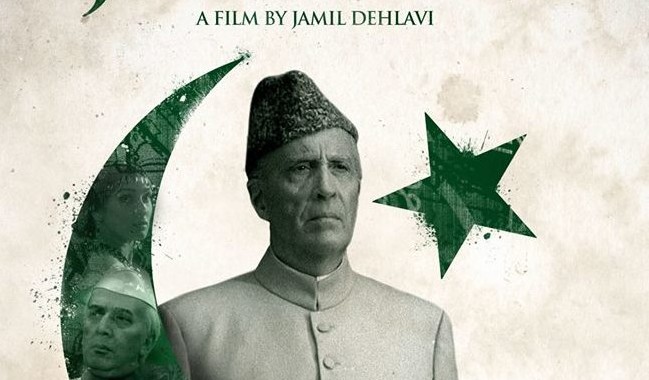 Christopher Lee had said on many occasions that the role in which he plays the founder of Pakistan, Muhammad Ali Jinnah to be the best role of his career and even marked it as his best film. Yet surprisingly this 1998 made British and Pakistani co-production never saw a cinema release except for a few rounds at film festivals. Of it, Christopher Lee said it was “the most important film I made, in terms of its subject and the great responsibility I had as an actor was a film called Jinnah… it had the best reviews of my entire career – as a film and a performance. But ultimately it was never shown at the cinemas.”

Jinnah opens on the 11th September 1948, the date of Muhammad Ali Jinnah’s death. He has just arrived by plane at Karachi airport after suffering tuberculosis for many years and having led Pakistan through years of anxiety about Hindu extremism against the Muslims since the separation of India and the end of British rule. The dead Jinnah is met by a narrator or guide (Shashi Kapoor) who takes the leader and founder of Pakistan on a tour through his life. The story jumps back to 1916 and the young lawyer Jinnah refusing to join World War I if Indians are not included in becoming officers and are merely “cannon fodder” for the British rulers. At this time he also meets his love who will become his wife, Maryam. Her father refuses to accept their relationship as he is a Muslim and she is Parshi. When she turns 18 she leaves home, converts to Islam and becomes the toast of Indian society. However, at a time of political change in the 1920s, Maryam becomes ill with cancer and dies in 1929. Meanwhile, Jinnah feels patronised by Mahatma Gandhi and becomes fearful of Hindu extremism, despite Gandhi’s calls for pacifist revolt. Added to the mix is Lord Mountbatten (James Fox) who, while apparently liking Jinnah on a personal level does not agree with an independent Pakistan, or Muslim state. (This would dreadful consequences in the end.) The guide allows for Jinnah to meet with his young self and observe the tragedies taking place.

Christopher Lee has rarely appeared in biopics as real historical characters. He had previously played Marat in A Tale of Two Cities (1957), but Jinnah was the first time that he had played a lead in a biopic – explaining Lee’s pride in the film. Released by Eureka! it is an interesting choice of release for the label, but comes at a time when globally Muslim politics (here faith and politics are never too far away) is receiving negative publicity. Although of course neither Muslim nor Asian, what better actor than Lee to play a statesman of such great dignity and principles who fought against extremism, both Hindi and Islamic. In one scene, Muslim extremists crash a meeting and butcher people. When Jinnah narrowly misses being bludgeoned himself he asks the captured attacker why he attacked him. The attacker calls Jinnah a traitor because he speaks of the rights of women, Hindus and Christians. Jinnah angrily rebukes the man, tells him to grow up and that Pakistan will be a Muslim State, but an inclusive one. This is an example of the outstanding acting by Lee in this film and again adds further defence as to why this was Lee’s proudest cinema moment. He is not the only outstanding actor in the film though. James Fox also succeeds in convincing in his role as Lord Mountbatten, not only in looking like the Governor and Viceroy of India, but sounding every bit like a Windsor too. At the end of the film Lord Mountbatten does not come out well in the film. In the final scene of the film Mountbatten also finds himself standing in a heavenly trial with Jinnah acting as his prosecutor following the royal’s murder by the IRA. Jinnah accuses Lord Mountbatten of allowing the death of thousands of Muslims and his failure in allowing at Nehru’s behest for Kashmir, despite its 80% Muslim population to be under Indian rule; a problematic and disputed territory even today.

Despite the qualities of Lee and Fox, the film lacks the budget that perhaps demands of it. It was a British / Pakistani co-production, made by The Quaid Project, a limited company that raised funds for the project and was intended for the 50th anniversary of Jinnah’s death. It does have something of the ‘Jewel in the Crown’ look to it though. Directed and produced by Jamil Dehlavi the film does draw the viewer in, but he does demonstrate some lack of imagination as a filmmaker. It is shot in a soft focus that makes the film look dated while the picture quality looks somewhat grainy and broken up in places, it is never the less a rare film to see. Lee’s performance delivers a genuine heart rendering performance as the leader. Unfortunate, therefore, that Lee did not live to see the film re-released on such a respected label as Eureka! He truly does deliver the performance of his life in this film.  There are no extras on the disc.