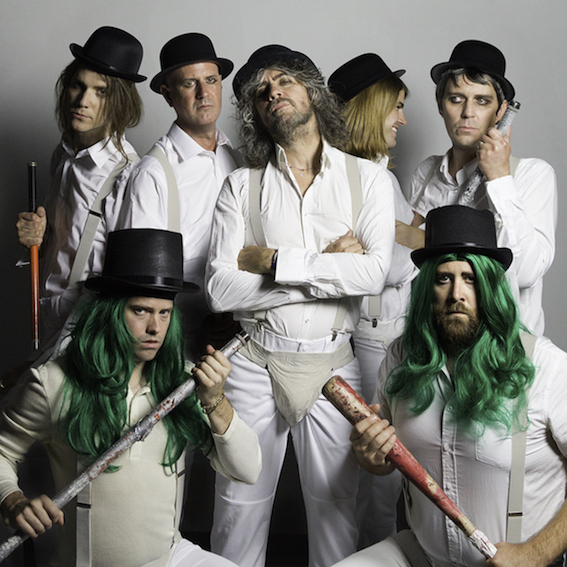 With their new album OCZY MLODY released, 13th January, on Bella Union, THE FLAMING LIPS have today shared a new song, “We A Famly”, from the LP. Featuring special guest Miley Cyrus on backing vocals.

Wayne Coyne had this to say about the song: “…at first this song was intended to be part of the Miley Cyrus and Her Dead Petz record.. Then we (her and us) lost interest in it… It was, back then, very slow and serious… But after speeding it up (a lot) and adding the galloping ‘We A Famly’ sing-a-long bit we thought it was dorky enough and fun enough to present to the world. And… We (Cyrus and us) really do say to each other, all the time ‘We A Famly’”.

THE FLAMING LIPS will tour the world in support of OCZY MLODY, including two UK shows later this month:

Three-time Grammy-Award winners, THE FLAMING LIPS are one of the most enduring, influential, unpredictable, and universally respected bands of their generation or any other. Led by Wayne Coyne, they have been cited as the ultimate live attraction and life-affirming festival band who continue to dazzle audiences with their over-the-top, maximalist, high-energy onslaught on the senses. On OCZY MLODY, The Lips return to form with an album no less experimental in nature, but perhaps more melodically song-oriented, recalling the best parts of their most critically applauded albums THE SOFT BULLETIN and the gold-certified YOSHIMI BATTLES THE PINK ROBOTS.

Since releasing THE TERROR, The Lips have released “With A Little Help From My Fwends”, a star-studded track-for-track tribute to The Beatles’ Sgt. Pepper’s Lonely Hearts Club Band that featured special guests My Morning Jacket, Miley Cyrus, Moby, Phantogram, Tegan and Sara, and many others. They also collaborated with Cyrus on her 23-track experimental album “Miley Cyrus & Her Dead Petz”. Miley Cyrus returns the favour by adding vocals to “We A Famly”, the final track from OCZY MLODY.