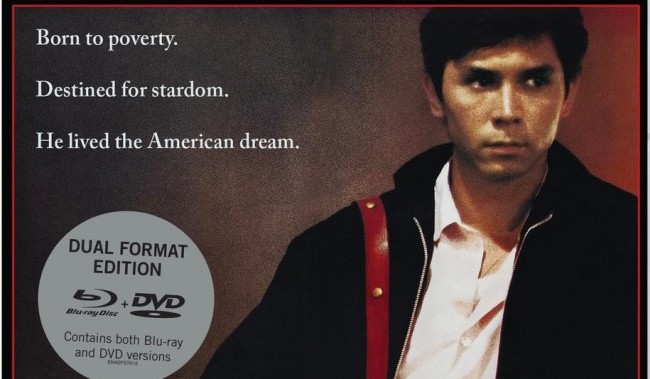 Everybody knows the opening riff to the song ‘La Bamba’ in which Ritchie Valens brought a Latina element to American rock and roll. Famously Valens’ life was cut short in a plane crash on 3rd February 1959. He was only 17-years-old. Also on the flight were another one hit wonder, The Big Bopper who had a hit with the jokey rock and roll song, ‘Chantilly Lace’ along with the biggest name of all, Buddy Holly. Bespectacled Holly was one of the first rock and rollers to write his own songs. Each time a famous rock star or pop artist dies it is often referred to the day that rock and roll died as was titled in Don McLean’s song ‘American Pie’. With the loss of 3 rock and rollers, these were the first major casualties of rock and roll. But ‘La Bamba’ is not about Holly but about Californian born Ritchie Valens, the son of poor Mexican immigrants. Naturally there is a political element here about not only the contribution of Mexican immigrants to the American economy, but the contribution they also make to American culture. This is something that President Elect Donald Trump could perhaps remember.

As a film ‘La Bamba’ is a fairly routine rock biopic that traces his poor beginnings up to his death. However, it misses out any childhood recollections and begins in 1957, two years before his death when Ritchie starts his rock and roll career, initially doing covers of Little Richard songs. As a music biopic it often works as a device or trigger for the plot as it uses Valens to highlight mild racism against the Mexican community with the focus mostly on his loving relationship with his troublesome brother (Esai Morales). Intercut within it does have plenty of cliches with Valens waking from a nightmare in which a plane crashes (an event that happened at Ritchie’s school) and a fighter of a supporting mother. Ritchie is brought up by his loving mother and the pair have trouble with her wild son and his brother, whom Ritchie is always having to defend. Ritchie wanders always seemingly with a guitar slung over his shoulder and with his mother’s support cuts it as a rock and roll performer soon gathering support of screaming teenage girls. He also begins dating Caucasian girl Donna much to her father’s chagrin. Naturally of course Ritchie Valens is discovered and his name is changed to make it sound less Latino. Valens was on his way to success when he was on the Winter Dance Party Tour in Clear Lake Iowa when the small plane they were flying in crashed in the snowy fields of Iowa.

La Bamba (1987) was directed by Luis Valdez,  a director of Mexican descent. He avoids too much in the way of overt racism and instead focuses on the music and family relationships surrounding this young teenager. 25-years-old at the time, Lou Diamond Phillips plays Ritchie Valens looks every bit the part. In fact only 17 when he died the real Ritchie Valens looked older (and a little podgier) than Diamond Phillips. The film sticks to the accuracy of the plot well and received the support and assistance of Valens’ mother and girlfriend (Donna of the song title). The music too, provided by Los Lobos perfectly emulates Ritchie Valens’ songs.

The new release by Eureka! looks good on Blu ray with the colours coming through well and giving good depth to the images, although there is some grain on the image. This release is the 30th anniversary release and includes Making Of documentaries including interviews with the cast and crew and Valens’ girlfriend, Donna Fischer.