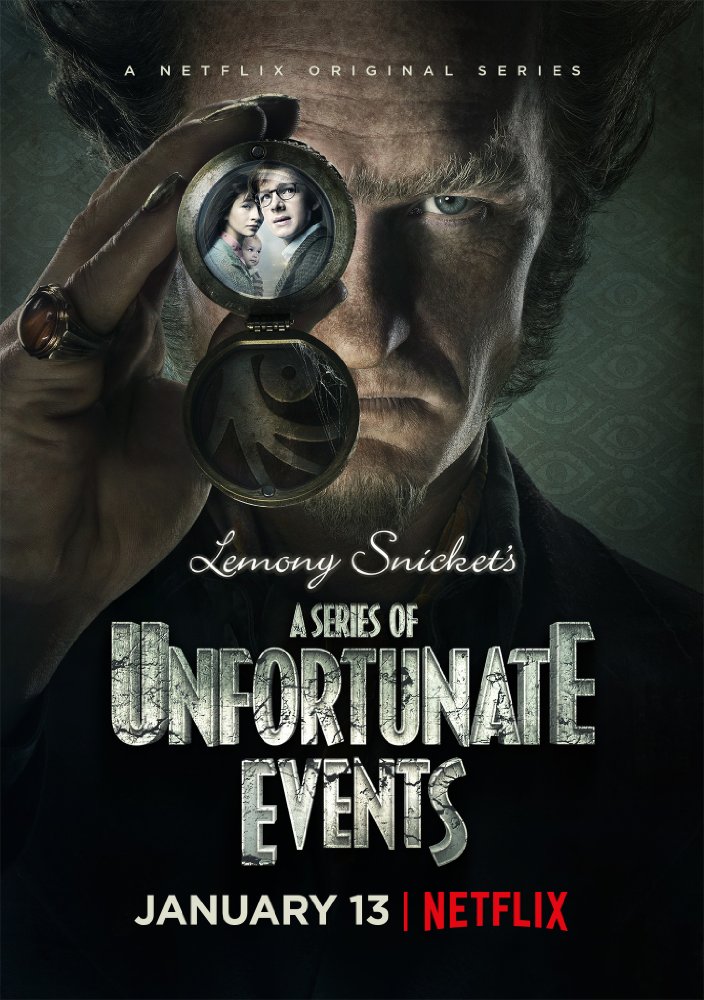 A Series Of Unfortunate Events

Netflix has a penchant for, somehow, still surprising us. We still look forward to their Original series with something of  pinch of salt, a wayward eye, wondering if it will somehow be any good. But the issue that Netflix is having is that, more often than not, they knock it out of the park; we are almost waiting for the slip up.

A Series of Unfortunate Events is not that slip up. The glorious, gothic treat is 8 episodes of semi pantomime bliss, led by a few select performances over arcing a superb children’s tale. Based on the books by Lemony Snicket, the pen name of Daniel Handler, it weaves the tale of the Baudelaire orphans, whose parents perish in a tragic fire. They, and their fortune, are passed from guardian to guardian as they try to find happiness in their mourning.

Their first guardian is the mischievous Count Olaf, played by Neil Patrick Harris, who orchestrates numerous attempts to gain the fortune for himself through dangerous and murderous trials. The Baudelaire children – Violet, Klaus and Sunny – are 3 very adept human beings in a world filled with preposterously ignorant adults, and the few legitimate grown ups invariably end up dead.

Many have said in the build up to this grandiose retelling of the Baudelaire children’s tale that NPH would be the stand out, the reason for tuning in. And he is at his best we’ve seen in a while, certainly more astute than as Barney Stinson, though very different characters. The easy comparison is how he does against Jim Carrey’s attempt at the role, in the cinematic debut of this story. Both actors bring something very different to the table, but both are Count Olaf to a tee.

Neil Patrick Harris is on fine form as the theatre actor/murderer, but the star of the show is Snicket himself; Patrick Warburton puts on his deadpan chops and laps up the screen time he has, narrating the Baudelaire’s through their days. There has to be a great commendation given to the screenwriters for how they decided Snicket would appear in the tv show, and when he does, Warburton is the only person your eyes are on.

Of course, you can’t mention the Series of Unfortunate Events without paying some kind of homage to the children, it’s the least you can do. Violet and Klaus are superb here, while baby Sunny manages to steal some scenes. Those unfamiliar with the books may think that there are times of levity, where the children at least get to relax at times, but there are not. In one heartbreaking moment, you truly feel that something may take a turn for the better, only for everything to go horribly wrong.

Indeed, this is very much a series of unfortunate events, as grand and sorrowful as it should be. Snicket does take the time to warn us on a number of occasions that we really should be watching something else. The fact of the matter is, you really shouldn’t.