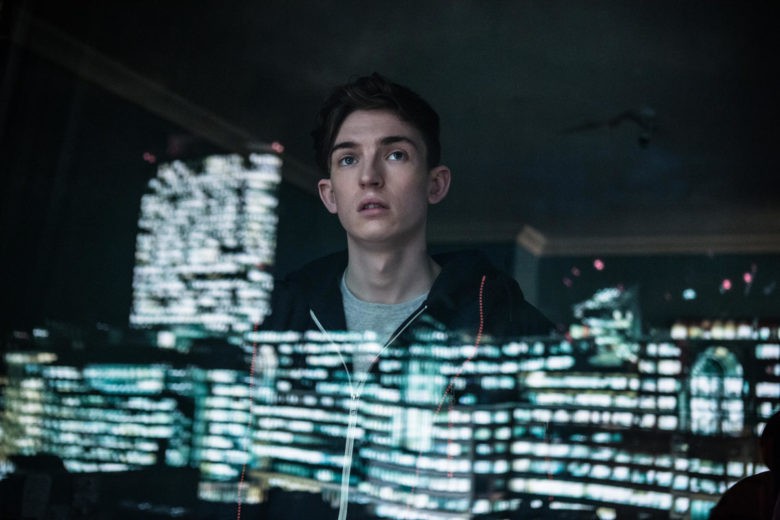 Netflix has started putting a great deal of money into their original projects, and iBoy marks the first UK project fully funded but the company. It also comes as the company’s first foray into the superhero film genre outright, if we leave the Marvel tv series to one side. And yet, even for a superhero film, the story is pretty preposterous.

Tom, our protagonist, stumbles upon a gang committing an awful, unforgivable crime on a friend of his, and in his fear, he turns and runs. The thugs chase, and shoot Tom as he tries to call the police; the bullet smashes into his smartphone, lodging parts of it into his head. It is this act which gives Tom supernatural powers to tap into the electronic world.

Yes, it’s nuts. But if you take how he gets his powers out of the equation, the film is worth its weight. Indeed, the accident in question takes place in the first few minutes of the film, and so foregoing the usual origin story with a no mess approach.

From that point, the story unfolds as Tom tries to find the members of the gang who violated his friend Lucy. As he delves deeper into the east London gangland, his powers increase exponentially. Somewhere sideways of telekinesis, an ability to tap into every day electronic items. Everything from smart phones to  cars, Tom can control to various degrees with his mind.

In ticking the superhero boxes, Tom is a loser, a nerd, in love with a girl he may never have a shot with, and is without parents. The difference being is that the terror is all to real, the acts taking place in the film are altogether the kind of thing that happens far too often in London and cities around the world. Director Adam Randall does a great job in cultivating the genuine air of intimidation that can happen in the dimly lit night in a city.

Performance wise, Bill Milner, who plays Tom/iBoy, does a great job as the young teenager filled with angst and a sense of responsibility for something he never could have stopped. There is a gravitas brought on screen when the big bad is brought to the screen, played by Rory Kinnear. But the big presence comes from the most recognisable, as Maisie Williams gives a towering take on a young woman who goes through the unspeakable.

More a tale of vengeance than superhero worship, iBoy makes for interesting viewing. A new take on the dark fantasy films of late, as it cuts close to reality, albeit disregarding the iPhone in Tom’s head. There’s a realism to the underworld on show here, and it’s telling why Netflix were willing to bank on this as one of their originals. It’s interesting, fun and yet ultimately scary. And definitely worth a watch.