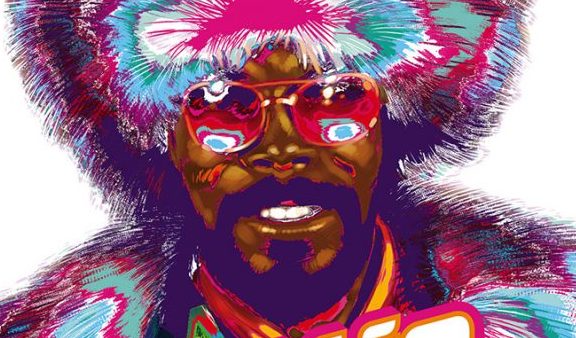 Only in Blaxploitation did we see pimps, street hustlers, drug dealers and prostitutes as the heroes of films, albeit anti-heroes. The journey of cinema to get to Blaxploitation was a long one. Up until the 1960s black characters in cinema were often typecast as Uncle Toms, musicians and dancers playing for nickels, maids and servants or slaves. With the arrival of the Civil Rights Movement cinema began to highlight racist America and nearly always starred Sidney Poitier who proved he was more of an educated person than his ignorant white counterparts. But by the 1970s black audiences needed a different kind of role model, one that was empowered yet still remained outside of the mainstream white dominated culture. One of the first films in what can be termed Blaxploitation was Cotten Comes to Harlem (1970), but it was Melvin Van Peebles low budget Sweet Sweetback’s Baadasssss Song (1971) that kicked off the whole genre that led to other classics such as Shaft (1971) (about a maverick cop) and it’s sequels, Blacula (1971) (a street hustling African vampire) and Super Fly (1973) (in which a drug dealer is the hero). This was then followed by the tough badass female progenitors of Pam Grier (Coffy and Foxy Brown) and Tamara Dobson (Cleopatra Jones, 1973). Although not the first Blaxploitation film they have released, Arrow Video’s latest release is Willie Dynamite (1974) in which a pimp is the anti-hero.

The film opens with another element so highly featured in the Blaxploitation films, namely a funk or soul soundtrack. Over the opening credits is Martha Reeves performing ‘Willie D’ while the title character (played by Roscoe Orman – who later found fame as a presenter on ‘Sesame Street’) drives around in his pimped up purple and gold Cadillac in Midtown Manhattan while his seven working girls (all different ethnic types) are all seen picking up clients and turning heads in Midtown Manhattan hotels. Reeves’ singing joins the ranks of Isaac Hayes, James Brown and Curtis Mayfield in providing the supercharged soundtrack to Blaxploitation. Willie is the most pimped and blinged up of New York’s pimps as he lords over his women and his manor. In a meeting of NYC pimps Willie is aware that he is No. 2 pimp and aims to be No. 1 but fails to heed warnings that the NYPD are on to them and tracking their moves. In the meantime Willie pushes his girls harder and takes their money while one of the girls, Pashen (Joyce Walker) finds herself constantly being busted in order to get to Willie. Cora (Diana Sands), a tough no-nonsense social worker steps into help Pashen but faces resistance and soon sees that neither Pashen nor Willie are a lost cause.

Willie Dynamite, despite it’s very adult subject matter and having pimps and prostitutes as the films central characters actually shies from much in the way of sex and nudity so prevalent in many Blaxploitation films (although there is still plenty of violence to be had) and restrains itself from using the ‘N’ word that other Blaxploitation films are not afraid to use. What the film does have though is some of the most outrageous pimp costumes committed to film and the sharp HD picture quality brings these out even greater. This film definitely has some pimped up style that others can only dream about. The 1970s grimey New York streets evident in such films as Shaft and The French Connection are still there, making the contrast even greater. As Ice -T says on one of the only extras on the disc, from the 1994 Channel 4 homage documentary on ‘Without Walls’, ‘Kiss My Baad Assss’, the clothes of the pimp and his car were among the only things a black man owns. Ice-T also recognises that this was the forerunner to Rap culture with Ice-T being someone clearly influenced by Blaxploitation style. One thing this film is not, however, is well acted. The performances throughout are very poor and wooden with director Gilbert Moses showing some pretty lazy direction. Don’t let the pimped style fool you. Arrow Video do need to be commended though for re-releasing Blaxploitation films and on the strength of Ice-T’s talk on Blaxploitation, Rudy Ray Moore’s outrageous films need to be seen more too.