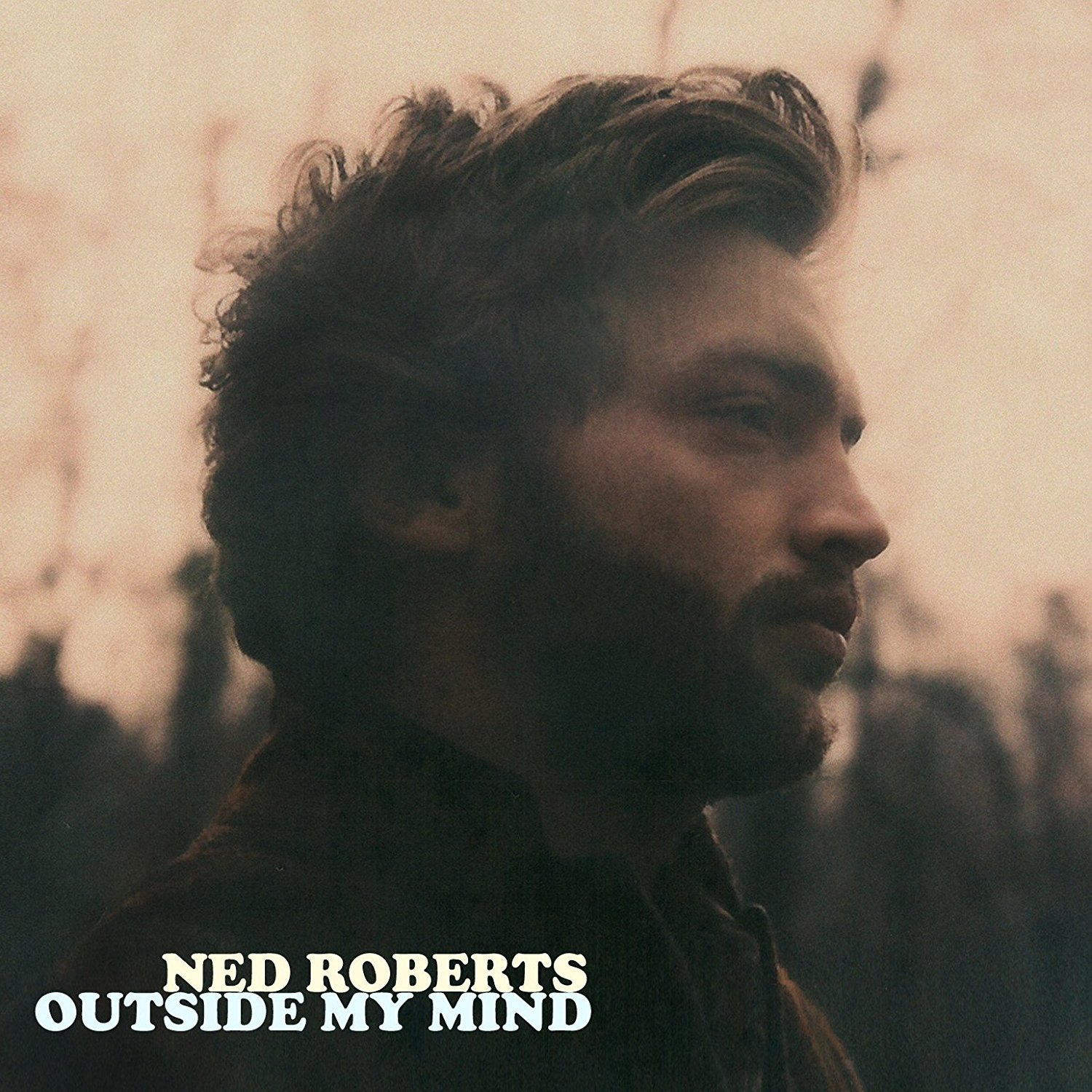 Ned Roberts – Outside My Mind

Outside My Mind is the second album from London based folk singer Ned Roberts. Coming three years after his well received debut, this very good release shows an artist capable of crafting poetic love songs and with the emotional range to deliver them with real feeling.

While the songs for the album were written over several years, the actual recording process lasted just five days, recorded to tape and giving an ‘as live’ feel. The instrumentation sounds bright, at times contrasting with the weary, lovelorn vocal delivery. There is also something of a throwback vibe to the album, with its ten tracks coming in at just 36 minutes long in total, as if crafted for vinyl rather than digital release. 1

The single Lights On The River stands out, a delicate acoustic song of love and loss. Yet there is also realisation that endings can become new beginnings. And there is real musical quality as the organ sound grows to back Roberts’ passionate vocal delivery. Title track Outside My Mind, which closes the album, is also excellent. One of several songs of loss, the guitar sound gives resonance and the vocals are deep yet displaying reliance and a desire to move on.

Several of the tracks have a timeless folk feel. Hazy Days sees a fingerpicking guitar style backing thoughtful lyrics that are heavy on reflection, conjuring up images of summer afternoons long gone. The short Song For The Ending has a similar guitar sound but is just a little more uplifting. Letter Home opens with a burst of Dylanesque harmonica and its slower pace suits a tale of reflection and longing perfectly.

Drifting Down’s delicate vocals have a definite country feel over acoustic guitar and piano. The fine Ribbon Of Water also owes a little something to Nashville with its country rhythm and the gorgeous pedal steel guitar sound. Another slightly different musical approach comes with Angel Station, which has a bright rhythm and heads close to folk rock territory with more expansive vocals. An organ swells to give the track depth and Sarabeth Tucek’s backing vocals add a lovely counterpoint.

Many of the album’s tracks are love songs, but the overall feel is one of overcoming loss and taking a philosophical approach of learning and moving on. This is a good album, full of excellent lyrical composition and heartfelt vocal delivery. It’s not one to cheer you up necessarily, but as a late night companion to a drink and a quiet dark room it works very well.