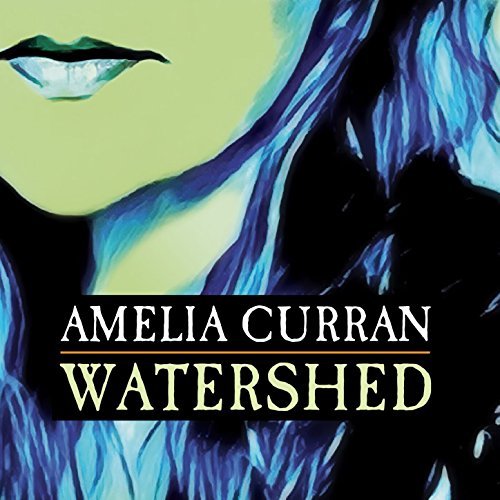 Multi award winning Canadian singer songwriter Amelia Curran has made her name as a folk artist with a fine voice and a lovely line in poetic lyrics. Her most recent album, the excellent They Promised You Mercy from 2015, took more of a roots-rock approach, and now with Watershed she moves even closer to a rock sound. It works very well too, with the more strident musical backing adding strength to typically sharp, and at times downright acerbic, lyrics.

Curran is also well known as an advocate for mental health reform in Canada, and Watershed sees far more explicit references coming into her songwriting. Images of light and dark run through the album with symbolic shadows and silhouettes aplenty. The overwhelming feeling though isn’t one of loss or pain but of the weariness and ultimately exhaustion that a relentless fight against a long term foe can bring. The fine opening track Move A Mile perhaps says it best: “it takes a lot of love to conquer hate, it takes a lot of races run to move a mile.”

If there is a theme to the album it is becoming more open and standing up for deeply held beliefs. Its title track Watershed is a spirited call to action in difficult times. And for Curran this this starts with calling out stigma and discrimination, especially in the music industry, which she does very well in two of the album’s strongest songs.

Stranger Things Have Happened tells of struggling within the music industry against continually changing trends and power concentrated in the hands of the few at the top. No More Quiet then attacks misogyny within music in a song Curran has referred to as No More Bullshit. With passionate backing vocals from Canadian blues singer Shakura S’Aida and a lovely horn arrangement this is a big song with a clear message and it is delivered quite beautifully.

The album’s lead single Gravity is a short and jaunty track full of energy and big horns, basically a good pop song. Act Of Human Kindness sees Curran show a softer side. Reminiscent of much of her early work, this lovely folk lament is a call for compassion, the vocals warm and tender over acoustic guitar.

The final three songs bring the album to a fine conclusion. Try has a world weary feel that comes close to becoming overwhelming in its aching loneliness. Yet there is a resilience that comes through in the defiance of the simple chorus: we cannot be defeated, we always have to Try. Every Woman, Every Man calls for better understanding and a growing of community through shared experience. The closing You Have Got Each Other is its optimistic counterpoint, a tender love song showing how finding just one person can enrich life.

Amelia Curran’s reflective lyrics throughout Watershed show a sensitivity and a maturity that allows deeply held feelings to be expressed with clarity. The songs are packed with melody and rhythm, a full band sound giving them a richness and some lovely lead guitar work adding bite. This album is both a powerful call to arms and a very good listen. Watershed is album of high musical quality and it has real substance too.