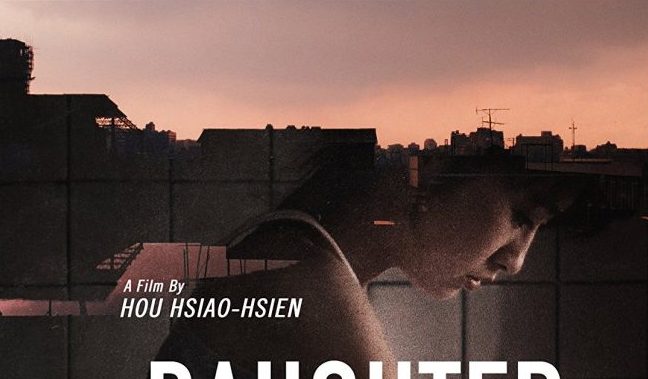 Many writers and commentators have compared Taiwanese director Hou Hsao-Hsien’s films to French New Wave and most particularly the early films of Francois Truffaut. Indeed the restrained slow pace and studied look at the characters certainly resembles such French filmmakers. It is clear that restraint is the key here for while the plot is about the lure of a young man into gangsterdom as seen through the eyes of his sister could easily lead to lots of action and dramatic pathos.

The story does not do the appearance or style of the film justice. The title of the film refers to a Manga story the film’s main character is reading about an American girl can travel back to Ancient Egypt where she meets and falls in love with a court member of Ramases. The title is also underscored by the Taiwanese pop song played at key moments in the film. It stars Lin Yang, then a well known 18-year-old pop singer in her own country. She plays Lin Hsiao-yang, both the main character in the film and the narrator of her family’s story.  Lin is a young girl who is trying to hold the fabric of her family together. She recalls key moments in her life such as when her father buys a Walkman when she was 13. She also tells us about her mother dying and the troubled relationship between her father and her wayward brother. She also has a younger sister whom she daily tries to get ready for school. The main plot driver those is the younger brother who is a petty crook and thief who soon becomes embroiled in shootings and gang revenge, bringing further strains on Lin Hsiao-yang and her family.

Released on Eureka’s Masters of Cinema label the film does follow a theme that dominated Hou Hsao-Hsien’s films and that is coming of age. The method and restraint that the director employs is studied allowing empty spaces of dialogue in between moments of more florid dialogue. Hsao-Hsien’s camera moves little allowing the camera to shoot the actors coming in and out of the frame. While the film is slow moving it does build into a strong and engaging drama.

Made in 1987 the film does provide some historical colour to the period and the characters, while living on the margins of society are also lower middle-class. Judging by the educational possibilities the character’s are offered and that attempts made by the younger male characters there are possibilities to create their own businesses and, therefore there are opportunities and choices that the characters make and in particular the situation that Hou Hsao-Hsien’s brother finds himself in is one of choice and seduction.

The film never received a distribution in the USA until more recently it is an accesible film that does deserve broader viewing making it an interesting choice of release for Eureka! The only significant extra on the disc is a lengthy discussion on the film and Hou Hsao-Hsien’s career by Asian film expert Tony Rayn’s.