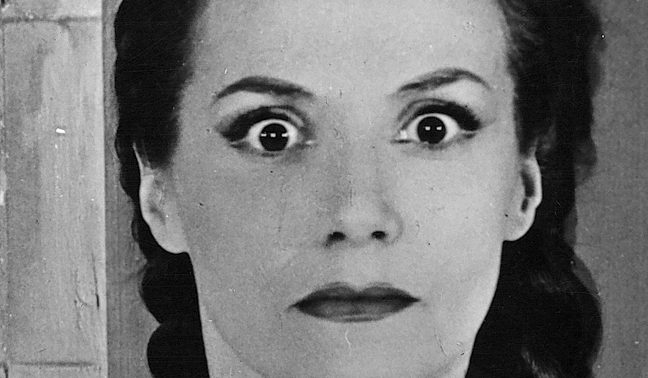 The shadow of Alfred Hitchcock is long, far and wide. Indeed, even this film, based off a novel by Pierre Boileau and Thomas Narcejac was one that Hitchcock was interested in and can be read as he was envious that he did not get there first, beaten to it by suspenseful French director, Henri-Georges Clouzot. We know this for several reasons. Hitchcock often screened this film to his cast before he shot a new film and was also offered by the authors Boileau and Narcejac their next novel to film, which became Vertigo (1958). On viewing Diabolique (1955) today (originally released as Les Diabolique, but for some reason on this disc referred to without the article as Diabolique) it all looks very familiar with some familiar twists. This is not Clouzot’s fault, but instead highlights how influential this film is; the first proper film built around a twist.

There are three central characters in Diabolique and they all live and work in a somewhat rundown public boys school on the outskirts of Paris. The school is run and mismanaged by the husband Michel (Paul Meurisse) to the person who bank rolls the school, his wife, Christina (Vera Clouzot). Christina is weak and frail and suffering from a weak heart. She is treated with great cruelty by her husband who verbally and physically abuses her with impunity. He treats the pupils of the school little better. Meanwhile, Michel is also having an affair with the school’s cool, young blonde maths and sciences teacher, Nicole Horner (Simone Signoret) who is having an open affair with Michel. The opening scene is jarring as Nicole and Christina comfort each other and share their hatred and fear of Michel. Nicole is also wearing sunglasses hiding a black eye that Michel has given her. She coolly suggests a way of disposing of him in what she suggests is the perfect crime (of course we know there is no such thing) in luring him to a place to give him a sleeping draught before drowning him in the bath. They then plan to bring him back to the school and dump his body into the murky waters of the schools misused swimming pool eventually to be found as though he had fallen in. They put their plot into practice during the school break when Nicole and Christina drive to the village of Niort (a long distance from Paris, north of Bordeaux), which incidentally was where Clouzot was born. There they plan to lure Michel there by Christina calling to tell him she wants a divorce. After they follow through on their plot and tip his limp body from a large hamper back at the school. However, the body disappears and Christina starts to fear that Michel has returned from the dead to haunt her.

This is every bit a classic. Ironically it was less of a success in France than it was in Great Britain or the United States. It became the template for many psychological thrillers from Hollywood classics such as Hush, Hush Sweet Charlotte… (1964) through to low budget Hammer thrillers like A Taste of Fear (1961) or Nightmare (1964) and not forgetting William Castle’s direct gimmicky horror, The Tingler (1959). The actors themselves play no small part in the film’s success. Signoret was the classic cool and calculating blonde, while Meurisse is a mixture of comical and viscious in the calmness of his cruelty; we are on the side of the killers without hardly even questioning the morality of their crime. Vera Clouzot, however, is the real curio of the film. The wife of the director, Vera only made a handful of films before she died of a real-life heart condition at the age of 45 in 1960. Bizarrely she also knew that she had this condition while making Diaboliques. Her expressions of fear are very palpable making the final scene in the film so strong.

Clouzot was a genius of a director and is probably not given the credit he deserves as one of the masters of cinema. Prior to Les Diaboliques he had made the suspenseful action-adventure film, The Wages of Fear (1953). He was a consumate perfectionist and this is evident in that no matter how much you view this film there is great detail of time and place. Clouzot in many ways was soon forgotten in the wake of the Nouvelle Vague but over the years he has gained traction as one of the great directors. Diabolique, however, has never lost its popularity as one of the greatest thrillers has never diappeared as he is considered the true rival to any Hitchcock thriller.

Extras are not as plentiful as on other Criterion releases but they are interestung and keep focused on its subject, These include talks on the film by Kim Newman and Serge Bromberg as well as a selected commentary by Kelley Conway.