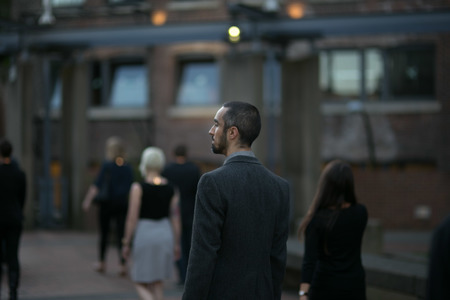 After releasing his Blue Book album to much critical acclaim, Vancouver-based producer Tor returns with a stunning visual for “Days Gone,” the lead single from the aforementioned full-length album.

Tor recently released a complete rework of the Blue Book album, coined Blue Book Remixed, and the video emerges as a strong example of his never-ending creative process. Constantly looking to manifest his vision into the content he releases into the world, Tor manages to create a cinematic that tells a story. He had this to say in reference to the video, “I love director Eron Carruth’s vision for this world that he was able to bring to life, with themes relating to our growing dependence on technology as well as corporate & government surveillance. It’s a strong message that’s relevant for our times.”