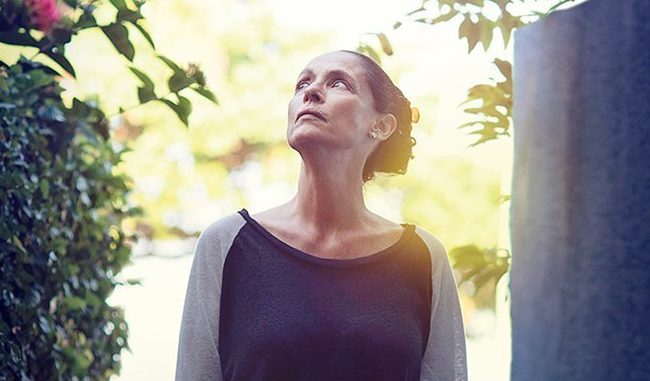 Last year Brazil should have been riding on the crest of a wave with an impending Olympic Games, but civil unrest and social unrest threatened to not only upset the games but topple the government. Already there were question marks surrounding the building of the infrasture for the games but bigger still there was the threat of impeachment against Brazilian President Dilma Rousseff for allegations of fiddling the books to give the impression of a rosier view of the country’s fiscal position. However, many thought that this was a coup and that she was being falsely undermined.

The latest film by Brazilian director Kleber Mendonça Filho was released in Brazil last September, just as the Olypmpic Games were coming to an end. Aquarius clearly challenges Brazilian society and this soft coup when the film was released internationally to universal praise, the cast and crew useing the film as a platform to speak out against corruption and injustice in their country. In tit-for-tat behaviour, despite its overwhleming critical praise the Brazilian authorities refused to submit it for the 2017 Academy Awards nomination for Best Foreign Picture, denying the cast and crew further voices to speak out.

The film is set in the modern day, but begins in 1980. Clara (Barbara Colen), a young woman is recovering from breast cancer. In a car on the beach she plays her friends a new release by Queen and David Bowie, ‘Under Pressure’. The family then gather at the house of her Aunt Lucia, who is celebrating her 70th birthday. We get the impression that Lucia is a very independent woman, but during a speech to celebrate her life Lucia recalls sexual encounters when she was younger. Jump ahead to the present day and Clara is now 65 years old (played by the great actress Sonia Braga) and living in the same house, an old 1940s place in an apartment block on the seafront. Clara has decorated the apartment very tastefully that expresses her cultured outlook. Clara is a breast cancer survivor from when she was young (we even get to see her masectomy scar). We are told she is also a widow. Clara has had a successful career as a music writer and lives for listening to her music, reading and napping in her hamoc. Early on we get the impression that she is an independent woman, strong and not someone trying to act her age, but a realist and a fighter. A short while later she hears a knock on the door from developers who have bought out all her neighbours with Dona Clara being the last woman sitting. The grandfather and grandson who own the development company try to charm Clara and convince her to move, but she is too smart, reads their game and tells them to go and will not leave until she dies. Even her family try to convince her it might be best to take the money. They then put pressure on her: hold orgies in the upstairs flat, place faeces in the hallway, burn mattresses in the yard out the back as well threaten to prosecute her for painting her home. But Clara is not to be pressured to move out.

This is a very clever and smart film, an original character study with a 65-year-old as the central character, thus giving a voice to a mature actress. She is still sexy, sexual, strong and intelligent. On an interview with the director on the disc, Mendonça Filho states that he based her character on his late mother. Previous to this film he made a film called Neighbouring Sounds (2012). Both films were shot in his hometown of Recife, in the middle-class neighbourhood he grew up in. The sense of place seems to be important to Mendonça Filho and his identity of living here is quite palpable in the film. This is unusual in Brazilian films that have in the past, certainly with the best known films, focused on the Brazilian favelas, including the French-Brazilian co-production, Black Orpheus (1959), City of God (2002) or Elite Squad (2007). The best scenes in Aquarius though are the ones played out between Clara and Diego (Humberto Carrão), the passive aggressive representative from the property developers. The acting here and the underlying anger in both their lines work really well.

Shot in widescreen the director is proving once again that he is an outstanding director, sensitive to his subject and knows how to set up shots and atmosphere without reducing it to cliches. At over 140 minutes it’s a long film, but one that works well for it. The method of the director’s style and vision is put across well on the 40 minute interviewed extra. There is also a Making Of documentary as well as several of Mendonça Filho’s short films. Outstanding. Released by Arrow, I look forward to more films from this Brazilian director.