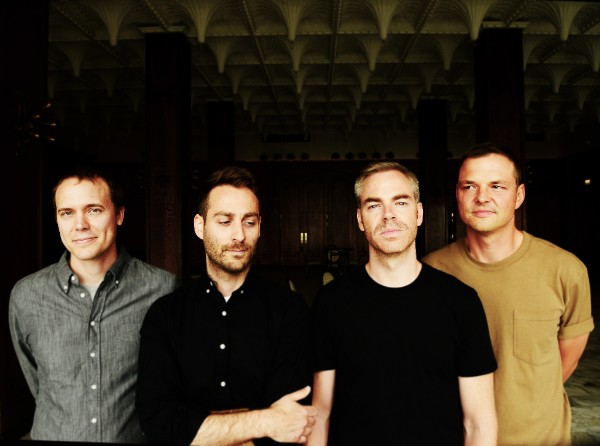 American Football share video for ‘Home is Where the Haunt is’

American Football are excited to share the music video for ‘Home Is Where The Haunt Is’, from their new album American Football, out now on Wichita Recordings. Premiering last night on The FADER, who praise the “warmly blurred guitar” and the band’s growth towards “bigger-sounding, and more structured” songs on the new record. The video was directed by Erin Elders, who shares that it “follows three sets of characters whose youthful passions have dulled over time, becoming just a shade of a person.” She adds that she was especially struck by how the song “explores our complex relationships with the past, the ways in which our younger selves evolve along with us, becoming ingrained in who we are. My hope is to explore both the heartbreak and beauty of watching the reality of our dreams unfolding.”

American Football have been busy touring this summer, playing select dates and festivals across the US, Japan, and Europe. They’ll be appearing at Pitchfork Music Festival in Chicago this coming Sunday, July 16th. The band have also just announced a string of new east coast dates this November with shows in Brooklyn, Boston, Philadelphia, and DC which follow on from four special UK shows this September.

When American Football announced in 2014 that they would play live for the first time in 15 years, the built up appreciation for their eponymous debut album physically manifested itself as they sold out three nights at Webster Hall in New York City in a matter of hours, and then went on to do the same at venues around the world. A quarter of a lifetime removed, and at times thousands of miles away from the house on the sleepy street in the middle of Illinois depicted on their debut’s iconic cover, they found themselves playing to sold out crowds that numbered in the thousands in London, Tokyo, Barcelona and beyond.

At a time when reunions have become rote, American Football is decidedly an anomaly. There is no past glory to relive or reignite, nor the burden to branch out and break from a well-worn formula. Seventeen years later everything still feels brand new, because for them it is. They are a band that for one reason or another closed the lid on their creative output just as they were beginning an unforeseeable upswing, and are just now after a stasis returning to uncork it with the benefit of greater maturity and better musicianship. The sound is even more expansive, the lyrics less naive and more world-weary, the songs with greater depths to explore and layers to peel back throughout. “You can’t just forget all the other lives you’ve lived,” Mike Kinsella sings, and every single one of the nearly two decades worth of experiences since they last put pen to paper as American Football seem to bleed through on this record.