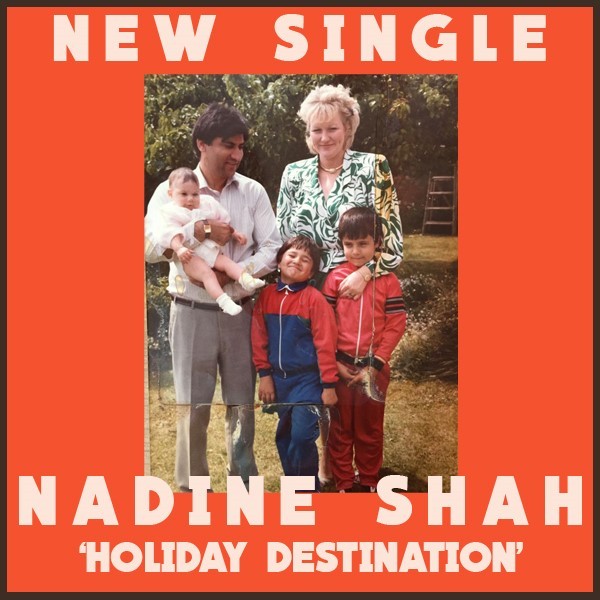 Nadine Shah has shared the title track from her new album Holiday Destination (released 25 August) – a triumphant unification of a political message with an infectiously driving groove. The first song written for the album, ‘Holiday Destination’ led the way for Nadine to open up the deep and affecting dialogue which courses through the LP with polemical anger. She’s also announced that she’ll be playing an in-store at Rough Trade on the release date of the album.

Dealing with the subject of migration Shah cites the inspiration for the track as, “a response to this really harrowing news piece about migrants and refugees arriving on the shores of Kos in Greece by the thousands. There were some holidaymakers being interviewed and they were talking about how the situation was ruining their holiday. Despite their total and complete lack of empathy, the thing which shocked me most was their bold and unashamed stance of saying such things on national television. This is what we’re seeing across the globe: people proudly expressing this hate-fuelled rhetoric. It’s like, wow – some people really don’t care and they’ll happily talk about how they don’t care. I just don’t get it.”

The refrain “How you gonna sleep tonight?” echoes in the mind long after the song ends, leaving the listener to question exactly just who’s best interests are at the heart of the people in power.

The track follows on from the previously shared ‘Yes Men’ and ‘Out The Way’ – a terrific, biting and scathing lead single that received widespread praise including four weeks on the 6Music A-List.