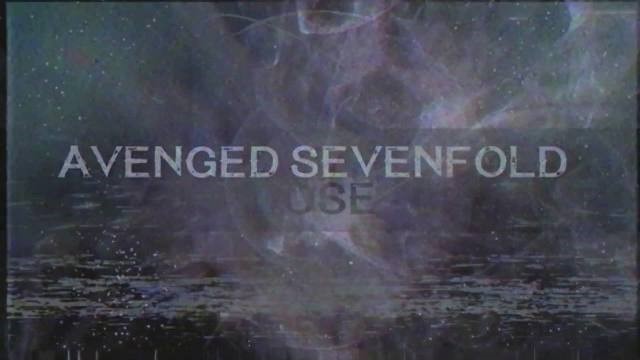 First came their cover of Mexican folk song “Malagueña Salerosa,” followed by a re-imagining of Mr. Bungle’s “Retrovertigo.” Now Avenged Sevenfold continue the much-buzzed-about rollout of new tracks with the release of “Dose,” a new song originally intended to be part of the track listing on the newest album, THE STAGE.

“Musically, ‘Dose’ was supposed to be a Part 2 to “Roman Sky” and had a very cinematic feel, but we turned it into more of a tripped-out metal song,” says vocalist M. Shadows. “The lyrics were inspired by an unsolved mystery that dates back to the 1950s about an airline traveller who, if you believe the story, supposedly fell into our dimension from another. According to reports, he showed up in a Tokyo airport with a passport from a country that didn’t exist anywhere on a map. He was detained for questioning but mysteriously vanished from a room guarded by immigration officials, taking with him all evidence of his existence. It ties into the theory that there are infinite possibilities of our lives being played out across space and time. Don’t know if the story is true, but I’m fascinated by that kind of stuff and thought it’d be a fun idea for a song.”

The band teamed with mobile game developer/publisher Gameloft and sneak previewed “Dose” as a special level in “Dungeon Hunter 5,” the latest episode of the successful hack and slash series. The game features a thematic dungeon that pits players against hordes of undead minions and bewitched demons leading to a final confrontation against a character inspired by Avenged Sevenfold’s THE STAGE.

THE STAGE is the band’s 7th studio album and first for Capitol Records. Co-produced by A7X and Barresi, it is a work of immense scope and ambition, featuring 11 panoramic tracks tied together by an Artificial Intelligence theme. Inspired by the writings of Carl Sagan and Elon Musk, the album is the band’s first thematic release. Its epic 15-minute-plus closing track, “Exist,” features a guest appearance by award-winning astrophysicist Neil deGrasse Tyson giving a spoken word performance he penned specifically for the album. Guitar World, who spotlighted Gates and Zacky Vengeance with a cover story, lauded the disc for being “the most surprising and ambitious album of their career.”The Guardian and NME each gave it four stars, with the latter calling the album “their best yet,” adding that “they’ve truly arrived.” Q called it the group’s “boldest album yet” and Classic Rock called it “a metal masterpiece.” Avenged Sevenfold recently released a video for a second album track, “God Damn,” which already has 3.3 million views. The album hit No. 1 on Billboard’s Rock, Hard Rock and Alternative Albums charts, No. 4 on the Top 200 and debuted Top 5 on iTunes in over 35 countries. Its title track hit Top 5 at rock radio and its companion video has amassed over 18 million YouTube views to date.

Avenged Sevenfold (vocalist M. Shadows, guitarists Synyster Gates and Zacky Vengeance, bassist Johnny Christ and drummer Brooks Wackerman) are currently performing select songs from the album on their stadium summer run with Metallica as well as on their own series of special headline shows.