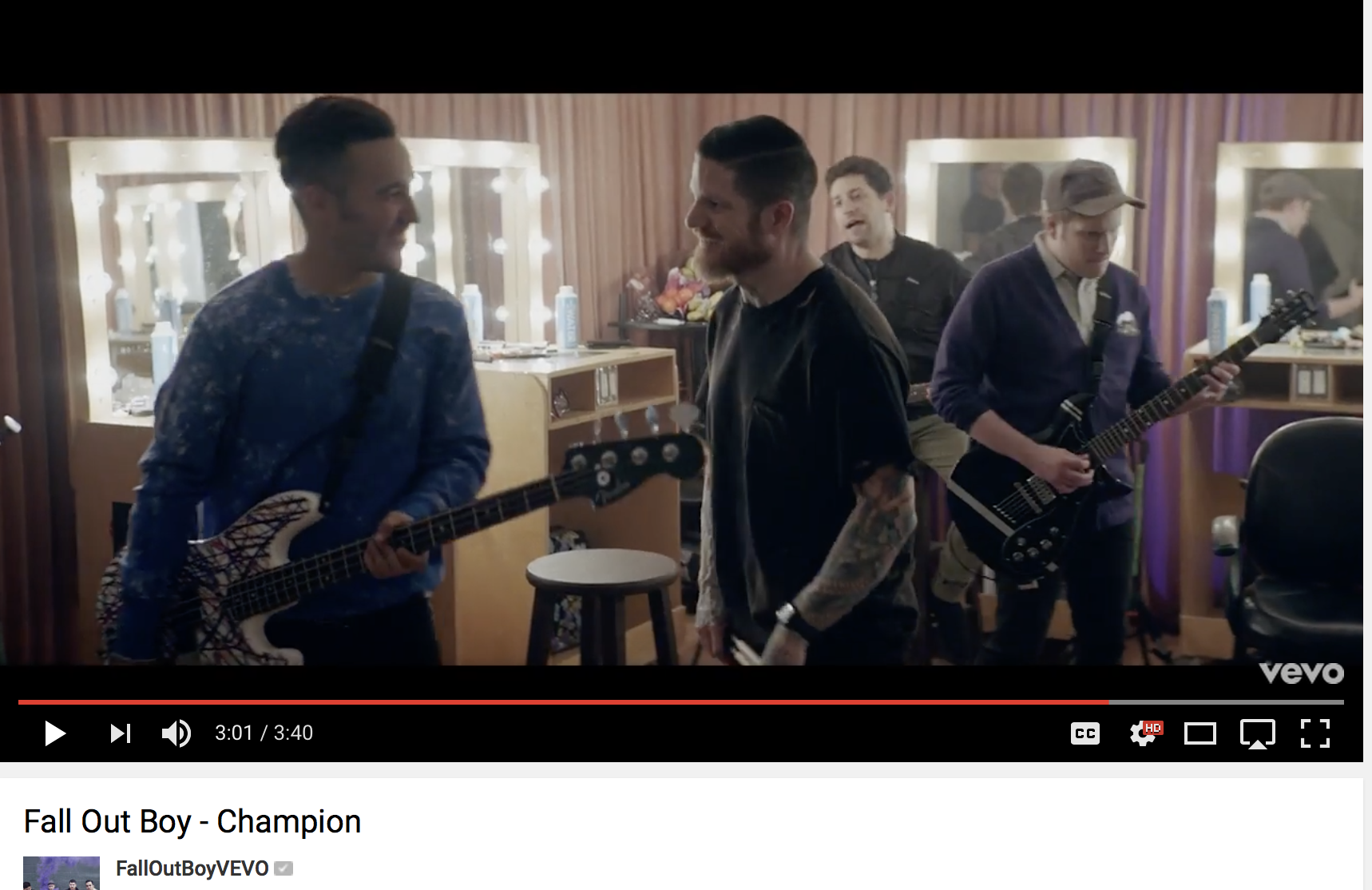 FALL OUT BOY PREMIERE THE NEW VIDEO FOR CHAMPION

Multi-platinum selling, Grammy-nominated band Fall Out Boy have premiered the new video for Champion, the first single from their highly-anticipated seventh studio album M A N I A, out September 15th 2017 on VIRGIN EMI UK/DCD2 Records.

M A N I A is available for pre-order now and is the follow-up album to the band’s
platinum-certified sixth studio album American Beauty/American Psycho, which debuted at #2 on the UK Official Albums Chart and #1 on the Billboard Top 200 upon its January 2015 release.