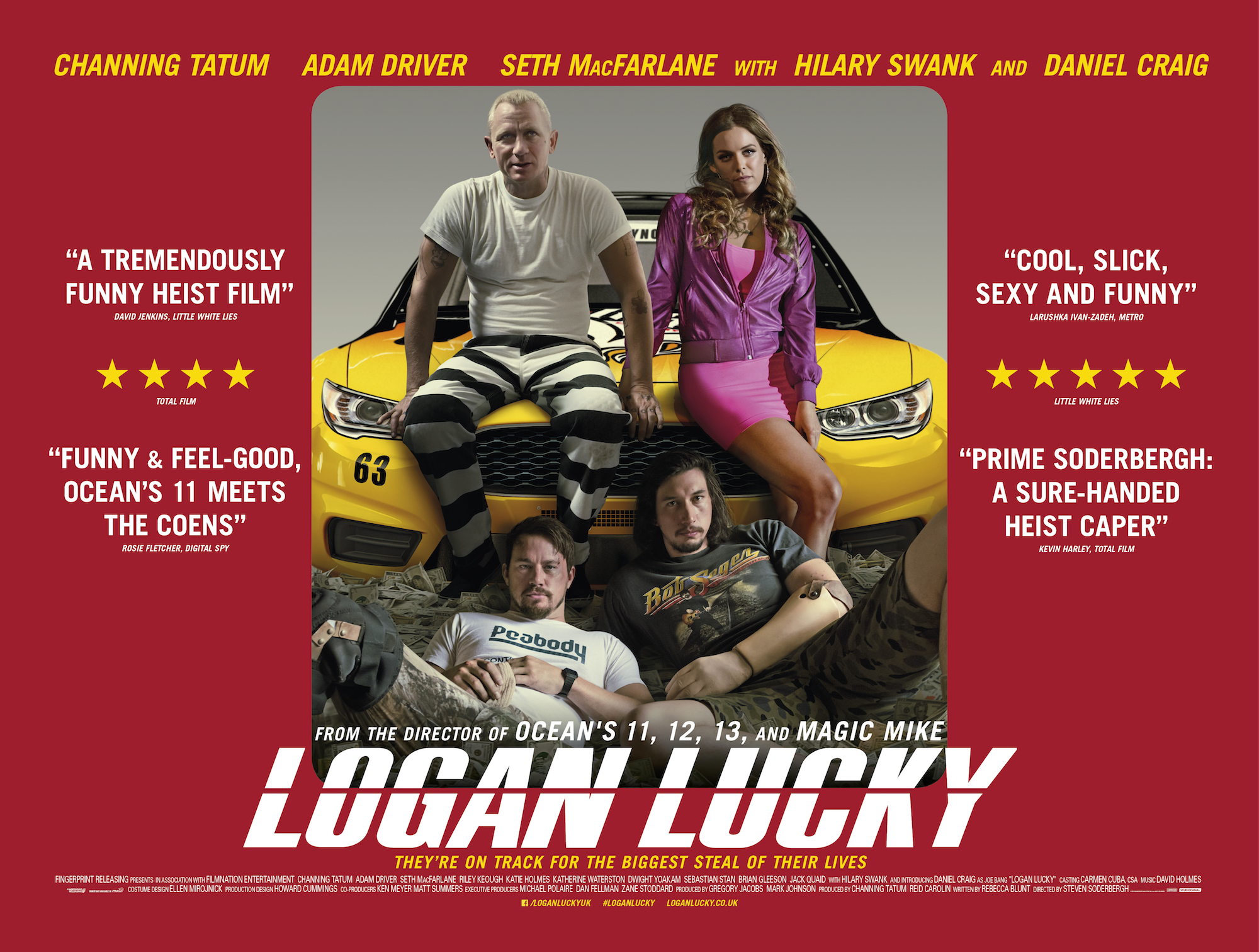 Steven Soderbergh was never really ever going anywhere, and here is proof; a new trailer for the upcoming Logan Lucky.

Jimmy Logan (Channing Tatum) is from a blue-collar family from the hills of West Virginia, whose clan has been famous for its bad luck for nearly 90 years. After being fired from his job, and with his ex-wife (Katie Holmes) threatening to move out of State taking their daughter with her, Jimmy decides he has to do something to get his family’s life back on track. With a little help from his brother Clyde Logan (Adam Driver), his sister Mellie (Riley Keough) and an incarcerated explosive expert, the aptly named Joe Bang (Daniel Craig), he plans to steal $14 million from the Charlotte Motor Speedway on the busiest race day of the year.