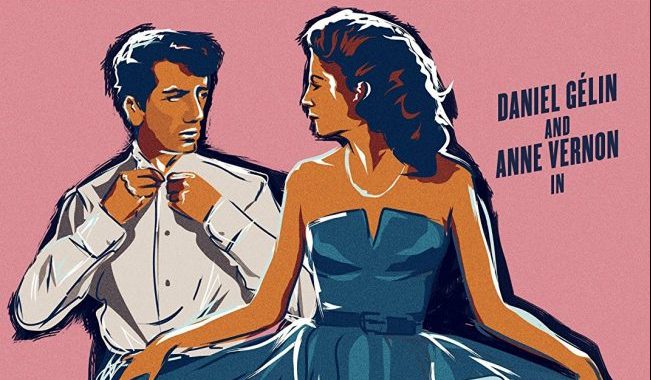 Released by Studiocanal in their Vintage World Cinema label are four films by Jacques Becker who as a director is overlooked when compared to some of his other compatriots. The earliest of the films released on this set is Edward and Caroline (Édouard et Caroline) (1951), a light drawing room drama with some interesting insights into male/female relationships and as the title informs us is about a couple specifically.

Becker began his career as an assistant director to Jean Renoir, a director that he much admired. Films he worked with Renoir on include such classics as La Grande Illusion (1938) and La Règle du Jeu (1939). Though he continued to work during the Nazi occupation of France during the Second World War he did get his first opportunities to director. Of course Edward and Caroline was made some six years after the war and was an early classic of his, although his breakthrough film had been his previous film, Rendezvous in July (1949). This film is really only set in two very contrasting rooms: the garrett like apartment Édouard and Caroline live in as a young couple and the haute bourgeois apartment that Caroline’s parents live in (we only see the streets of Paris twice – once in the opening shot through the couple’s window and again in the last shot of the film, again through the couple’s window).

The story opens with the young couple Édouard (Daniel Gélin) and Caroline (Anne Vernon) getting ready for the evening. They live in a small studio room with a piano in it. Édouard is frantically looking for a waistcoat for he is preparing as a talented pianist to perform in front of his father-in-law and his bourgeois friends. Caroline calls her cousin, Alain (Jacques François) who Édouard is jealous of and cannot stand to borrow a dinner jacket waistcoat from. Meanwhile Caroline tries on her dress but thinks it looks too conservative and decides to do some modifications herself while Édouard pops out. When he returns he is furious that she has butchered her dress to make it more chic. A row ensues with Édouard slapping Caroline across the face. The line has been crossed for Caroline and she refuses to go while Édouard goes to his father-in-law’s (Jean Galland) and performs in front of the bourgeois party where he makes his excuses for Caroline’s absence. But will his irascible temper get the better of him at the party?

Becker’s script was written with Annette Wadeamant who was in a relationship with Becker. This was her first script and she brought into the role many of the tensions in their own relationship. The plot of Edward and Caroline is undeniably thin, but there are two elements that run all the way through the film – the contrast in their relationships and the difference in class. Caroline is laid back and from a bourgeois family. Édouard, meanwhile, is the feisty artist, a moody pianist who clearly looks uncomfortable among the bourgeoisie he so needs. Ironically it is the American who provides the opportunity Édouard so needs. Becker clearly identifies himself with the pianist as the artist. This is played out well in the scene in which Édouard plays a Chopin piece in front of the bourgeoisie party guests when he walks away from the piano disturbed by the events with Caroline. The tension is broken with another of the guests sitting at the piano and playing a jolly jazz piece with the other guests joining in with a silly dance.

But it is the relationship between Édouard and Caroline that runs through the film. This is a first rate battle of the sexes comedy that has clearly taken its inspiration from classic Hollywood screwball comedies. It takes the battle to a different level though, with the slap on Caroline’s face as a central moment of violence. Towards the end of the film Édouard also threatens to rape Caroline. Of course he is half joking, but never the less this is strong language given when this film was made.

As with all the films in the four Becker films released there are plenty of extras, including an interview with French film scholar, Ginette Vincendeau, an interview with Becker on music and a contemporary documentary about the making of the film.