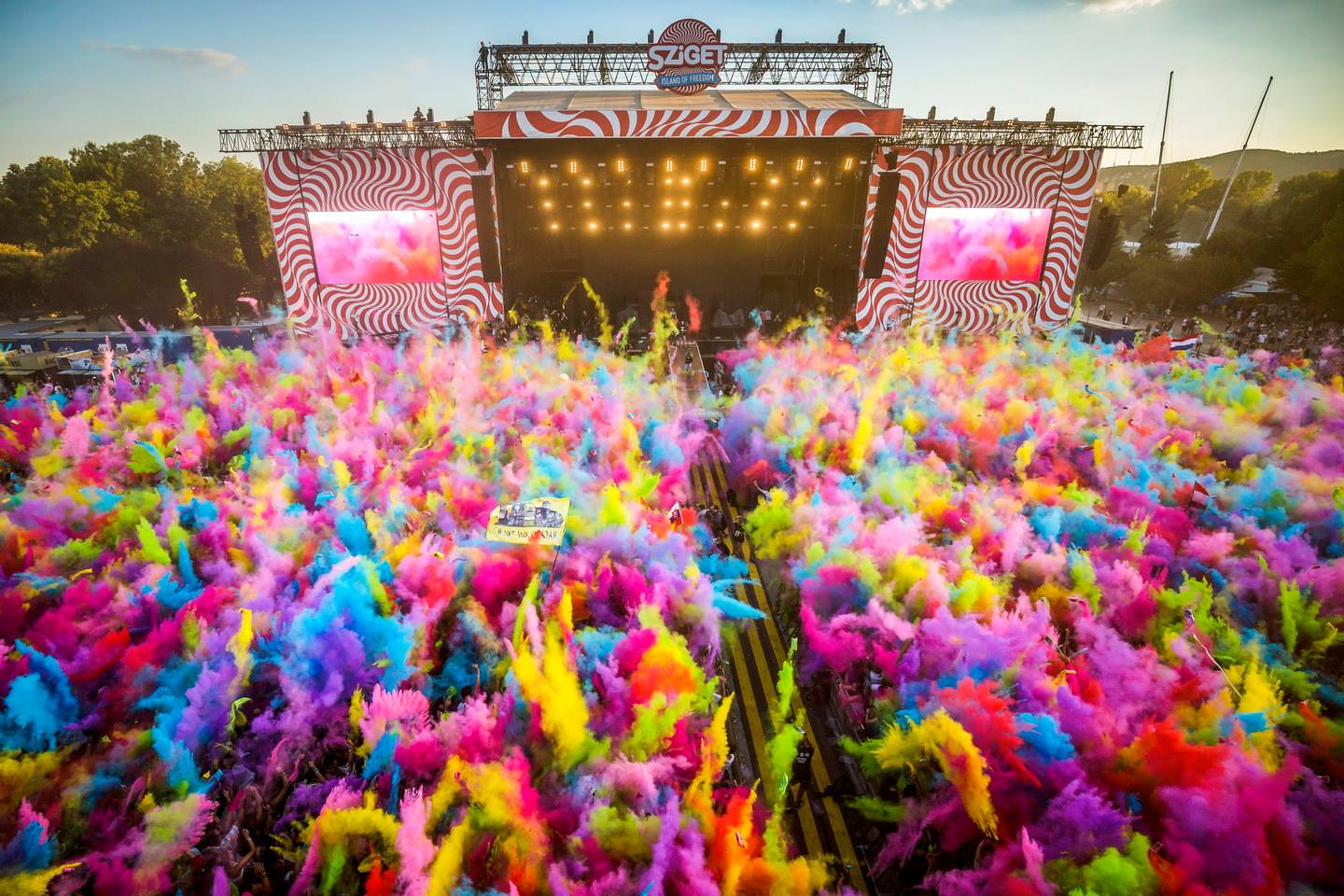 Sziget Festival reaches 25 with grace.. and some Greece

The 25th edition of Hungary’s Sziget Festival was huge to say the least (don’t worry more to follow!), and judging by the crowd numbers, the big names on show as well as some of the celebrity faces who were there, it’s safe to assume and assert that it really is one of Europe’s biggest and most sought-to festivals.

It boasted a crazy amount of musicians, artists and dancers from all over the world, who all took the opportunity to present their creations to the people on a small island in Budapest, sending a message of creativity and joy whilst providing a tremendous time to those of us lucky enough to be there. Perhaps no luck was involved, but even Ashton Kutcher and Mila Kunis were seen hanging around the main stage.

Sziget festival continues to offer one of the most diverse and open-minded programs in the world, making sure that it is much more than ‘just’ a music festival. The unique atmosphere at the festival has been the essential part of Sziget from the beginning, merging a diverse music line-up with many programs beyond such as theatre, dance, circus, art and more.

The self proclaimed ‘Island of freedom’ spoilt its many different audiences for diversity and choice, with the likes of Pink, Jamie Cullum and Biffy Clyro pulling the audiences early on in the first few days. At times it was difficult where to look such was the activity taking place. A quick bungee jump after Iggy Azalea? Or how about some opera to soothe the hangover before collecting myself for Kasabian? I saved the jumping for the latter, thankfully, who sounded just as good as ever, even with the odd new ‘disco’ tune thrown in.

One thing I was very disappointed to miss out on was the party going on in a random on site toilet. No, nothing seedy was going on. It was merely a ‘secret rave’ which was apparently taking place and available to those ‘lucky’ enough to find the right path – through the aforementioned portaloo. I’d like to think it was more Alice in Wonderland ‘down the rabbit hole’ rather than ‘through the glory hole’ but I guess I’ll never find out. Next year maybe? Note to self. Just be careful what you wish for.

A personal highlight came minus any toilet connotations with the performance of Dimitri Vegas and Like Mike who first came here in 2007; fast forward to 10 years later, with some patience and perseverance, they have since became one (or two) of the best DJs in the world. This year they performed as headline act over on the Main stage and in all honesty, I would say, were the two artists who gained the biggest audience, and were met with a spectacular backdrop of fireworks to go with their tunes. The vast area was packed. With their music and the special effects, they had the whole island dancing and jumping, leaving everybody at the end breathless. Dimitri and Mike didn’t miss the chance to sample some music from their country of origin, Greece, and in doing so brought a little bit of Greece to Sziget which raised a glass from one of their compatriots – Me.

In its first year Sziget hosted 43,000 people to enjoy 200 music, 80 film and 40 theatre performances. Last year’s event hosted 496,000 people with almost a thousand programmes at more than 50 venues. This year? Who knows. It was awesome and looks likely to continue to be a living and breathing cultural Hungarian icon… next year.. fürd?szoba színpad?