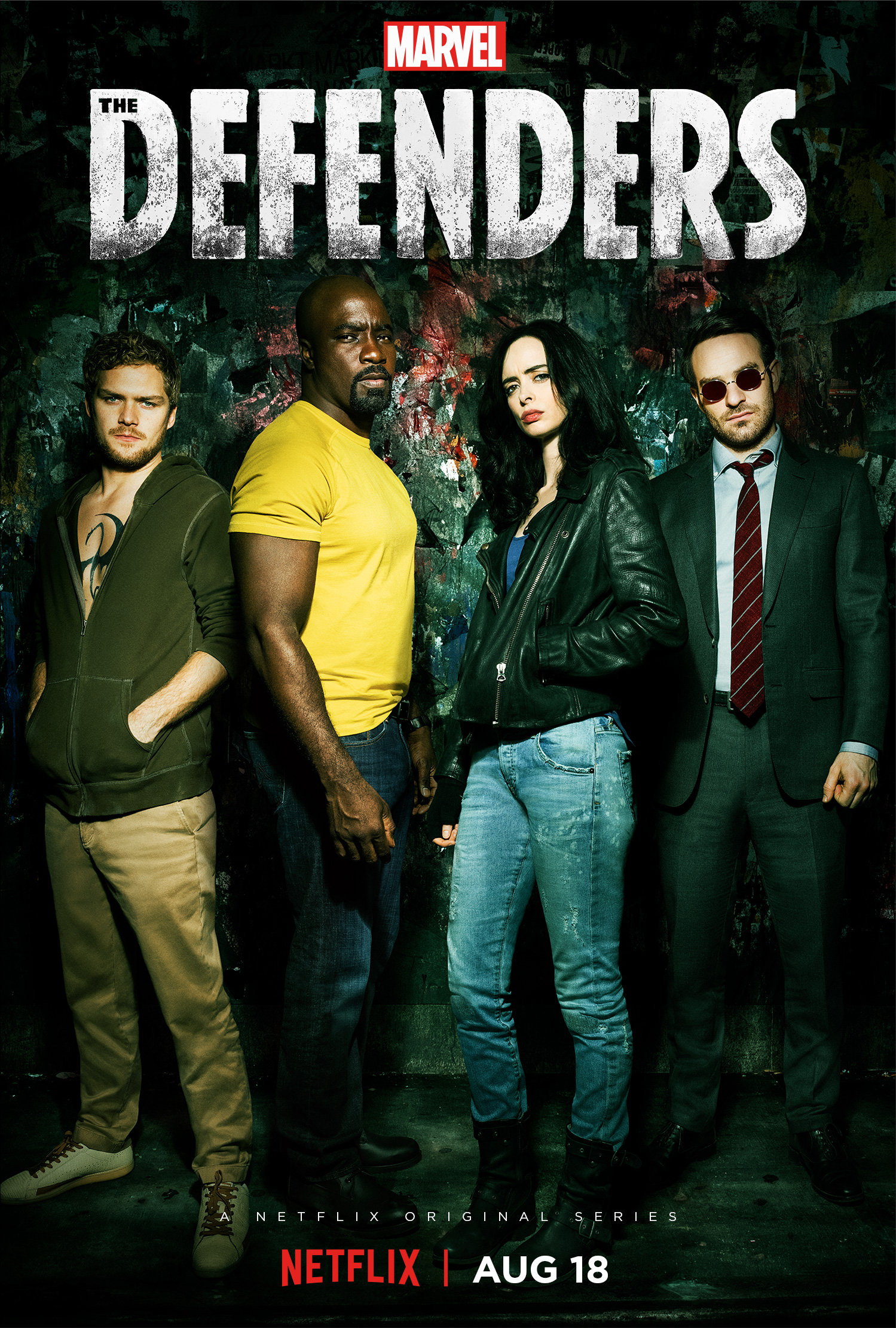 Marvel is something of a trendsetter. The first cinematic universe has spawned plenty of copy cats and imitations, some incarnations we don’t necessarily need. And, while everyone was trying to keep the pace, Marvel has too set off on it’s compact television universe within it’s cinematic universe. There’s an inception meme there somewhere.

Marvel’s The Defenders is the culmination of 5 slightly intertwined television series across 4 shows, the reward for sticking with shows that weren’t necessarily great. It’s pretty easy to pick the highs from the lows with Marvel’s Netflix offering, and many voiced their opinions on the worst. But this show is quick to right the wrongs, with little room for waffle.

For all that Marvel was doing well, the single, loudest complaint of their Netflix offers so far was the sheer length of them; each 13 one-hour episodes, the focus mainly on one superhero. Here, The Defenders has 8 episodes for a team up of the 4. It’s straight to the point, but never feels rushed.

We meet our heroes in their various guises and particular areas of New York, and it’s easy to see where we’re going based on the colour scheme of the setting; each character gets their own. MattMurdock/Daredevil is red, Luke Cage yellow. Jessica Jones is a blue/purple, while Danny Rand/Iron Fist holds a green-grey hue. And while this show is about all 4, we don’t see them together until the final 3rd of episode three.

Not a bad thing, as much of this time is not only setting up the inevitable meeting, but also setting up the big bad. Enter Sigourney Weaver, the calm, collected mystery of The Hand. For fear of ruining anything, the only thing worth mentioning is that Weaver’s addition brings all that Netflix and Marvel have done up a few notches. Not only in quality, but in billing; Sigourney is known for signing onto interesting projects. Keep an eye on her.

But that isn’t to take away from the main four. Charlie Cox, as we’re all aware, is fantastic as Daredevil, and probably the MVP of this team up. But he really gets to show his Matt Murdock muscle early on, and it’s a delight to see. Kristin Ritter is still cools fuck as Jessica Jones, showing scars of the events of her stand alone series.

Mike Colter’s Luke Cage is still the angel of Harlem, charismatic and liable with enough of an edge to be interesting. Indeed, going into this, many worries how Finn Jones would react to his critics. Of the team, he was the weakest coming into this, his entry to the cannon derived the most.

To his credit, Jones turned up. He plays the immortal Iron Fist with more heart than before, more invested in his surroundings and environment than before. More believable than in his stand alone show. Which is great, because TheDefenders seems to lend a bit closer to his story arc than that of thereat of the team.

The supporting characters from the earlier chapters make their appearances, but this is The Defenders, and the show is about them. Once the team up occurs, seemingly out of no where, the initial fight sequence makes you wish it all happened a bit sooner, even though there’s nothing worth taking out of the first 2 episodes. And when the 4th episode comes to a close, this reviewer found himself shouting that he didn’t have a 5th ready to go.

The Defenders turn up and stake their claim for the thrown of small screen team ups. Questions about how, and if, this will impact the greater Marvel scope can be swept aside, as this is more than capable of standing on it’s own 8 feet. The close quarters, small scale supers are as exciting and blockbuster as you’ve hoped. It’s been worth the 65 hours you’ve put into the franchise already, don’t worry.

Marvel’s The Defenders is streaming on Netflix worldwide from Friday, 18th August.