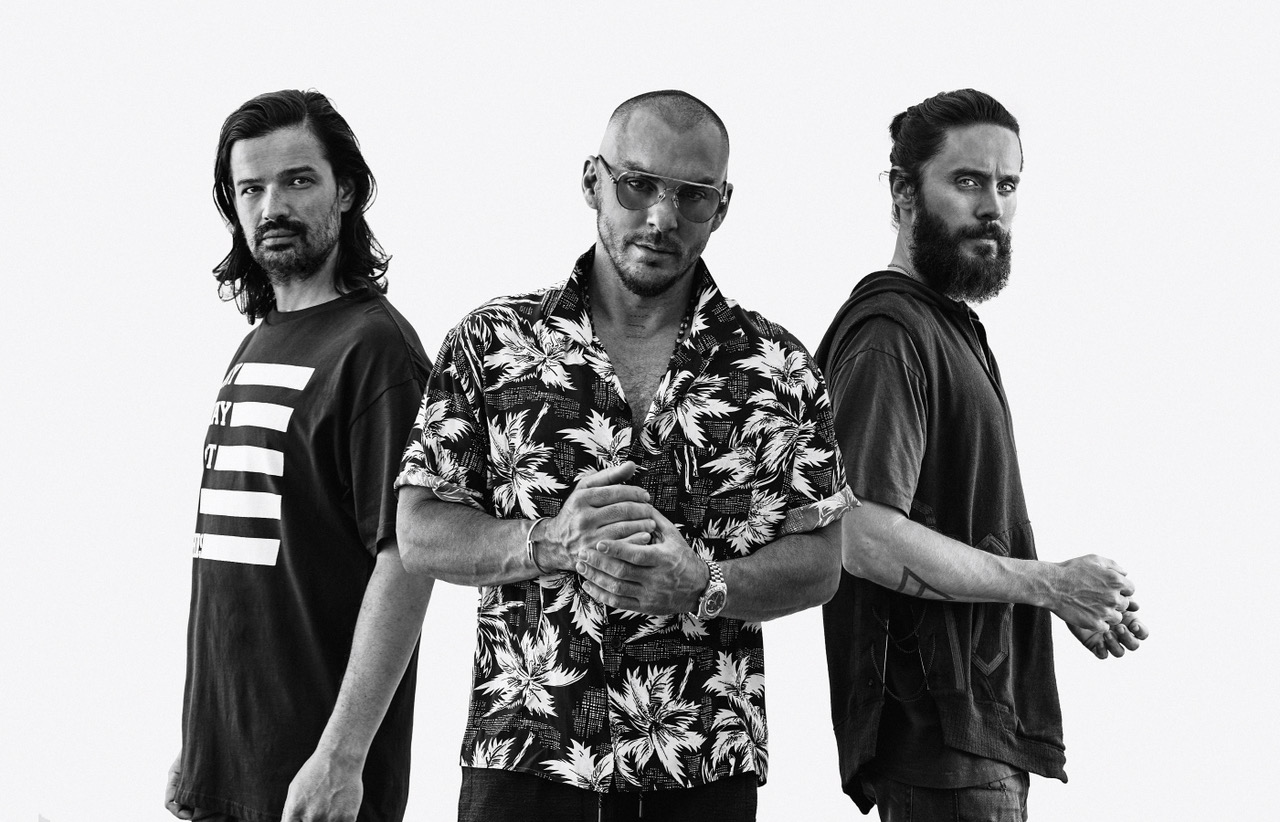 After lighting up stages around the world this summer on a sold out tour and teasing eager fans about upcoming music releases, THIRTY SECONDS TO MARS released a new song for the first time in four years. Available globally now on all digital retail and streaming sites, ‘Walk On Water’ marks the first single from the multi-platinum selling band’s highly anticipated forthcoming fifth studio album.

“WALK ON WATER is a song for all of us. It’s a song about freedom, about persistence, about change and about fighting for what you believe in. It is a call to arms but also full of all the optimism and hope that is such an integral part of the American Dream,” said Jared Leto.

The song features a sweeping chorus as a call to arms that embodies the spirit of elite athletes, which made it a natural fit for the band, and in collaboration with US sports channel ESPN, to use ‘Walk On Water’ on their college football programming for the 2017 season.

Jared Leto first hinted at new music in a dramatic teaser video unveiled on his Instagram in June. The band then confirmed the new single in August with another video. The record, set for release on Polydor Records, follows the band’s 2013 studio album LOVE LUST FAITH + DREAMS, which debuted inside the Top 10 on Billboard’s Top 200 chart. In the UK, the band have achieved 800,000 album sales, 1 x Platinum album, 1 x Gold album, 2 x Silver albums and 5 x UK Top 40 singles.