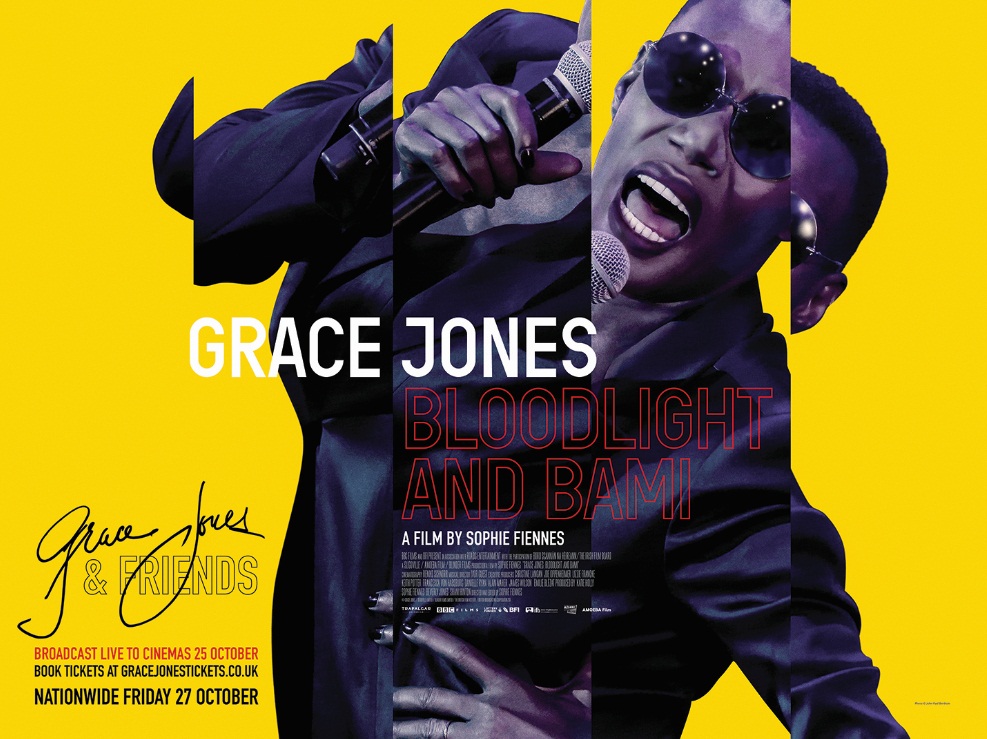 Grace Jones and Friends Live (one night only event October 25) promises to be a thrilling and enlightening evening with the inimitable icon, as she discusses her life and work with some of her closest collaborators, from the worlds of music, fashion, art and film, following an exclusive preview of Sophie Fiennes’ highly anticipated new film Grace Jones: Bloodlight and Bami.

To find your closest cinema and book tickets for Grace Jones and Friends Live go to Gracejonestickets.co.uk

Grace Jones: Bloodlight and Bami (opening in cinemas nationwide on 27 October) re-invents the music film as an electrifying journey through the performance, private and public worlds of pop cultural icon Grace Jones, whose bold aesthetic echoes throughout the film. Director Sophie Fiennes (The Pervert’s Guide To Ideology, The Pervert’s Guide To Cinema, Over Your Cities Grass Will Grow) creates a powerful cinematic experience, contrasting breathtaking musical sequences with intimate personal footage, ultimately reaching beyond the iconic mask. In Jamaican patois, ‘Bloodlight’ is the red light that illuminates when an artist is recording and ‘Bami’ means bread, the substance of daily life.

Executive producers also include James Wilson (Under The Skin, Shaun Of The Dead, 20,000 Days On Earth), Francesca Von Hapsburg (Marina Abramovic: The Artist Is Present) and Émilie Blézat. The hats worn by Grace in the film are created by haute couture designer Philip Treacy. The staging for the performance sequences are based on the concepts designed for Grace Jones by Oscar winning designer, the late Eiko Isioka.