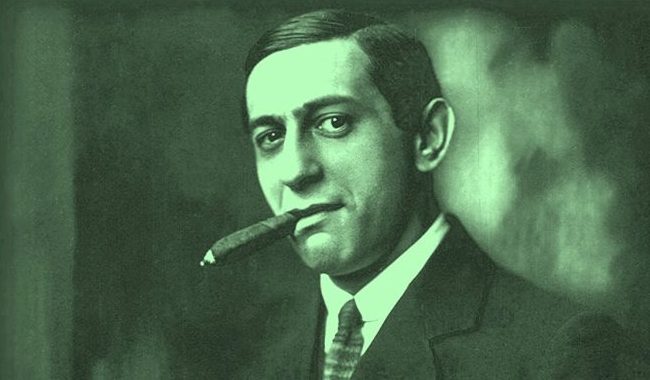 Ernst Lubitsch is a director best known for his years in Hollywood where he worked from 1923 until his death in 1947. In that time he made such classics as Trouble in Paradise (1932), Ninotchka (1939), The Shop Around the Corner (1940), the original To Be or Not to Be (1942) and the original Heaven Can Wait (1943) before his untimely death. Over the years he developed what became known as the Lubitsch Touch, an indefinable style that permeated through his films. That style gave a very European sensibility to his Hollywood films and accepted an intelligence from his audience. On the surface there is little of this in his early films that he made in Berlin until he emigrated to the USA. But it is there in the cheeky and mildly saucy humour that ran through all his films. Meanwhile, many critics have stated that you can’t understand Lubitsch without looking at and including the first part of his career. Until about 10 years ago outside of Germany Lubitsch’s films had hitherto been neglected.

Ernst Lubitsch was born in Berlin in 1892 to a Jewish tailoring family, an émigré family from Russia. In 1911 Lubitsch began acting at the Max Reinhardt theatre before moving on to cinema acting in 1914 in a year of course that the First World War broke out. He continued to work unabated and unmolested throughout the war years. Many of these films were light and fluffy and many starred Ossie Oswalda who stars in the earliest film in the collection, I Don’t Want to be a Man (original title: Ich Möchte kein Mann Sein, 1918). Only a couple of reels, this short film is quite a revelation as a young coquette (Oswalda) decides to dress as a man in top and tails in order that she can have more fun. She receives the attention of another man at a party and during the drunken carriage journey on the way home he makes out with her/him, not realising that his fellow passenger is in fact a lass. All very Victor/Victoria (which was made in Germany in 1933 and again starring Julie Andrews in 1982) the film caused a stir and now has a cult following among the LGBT community. What is immediately evident from this film along with most of his films, politics plays such little part in Lubtisch’s work during this period: neither the cataclysmic end of the war for Germany, the November Revolution or the formation of the Weimar Republic.

The next film is Die Austern Prinzessin (The Oyster Princess, 1919) is another fluffy vehicle. For what it lacks in plot with it’s ingenue (Oswalda again) American heiress being persuaded to marry a Central European aristocrat, it makes up for in its first real showings of the Lubitsch Touch with the operetta-like story and cheeky humour, although with a little more slapstick than we might later see. There is also plenty of opportunity for Lubitsch to open up the scale of the film with plenty of waltz dancing.

The next film chronologically is the strangest of them all. Die Puppe (The Doll, 1919) is a fairy-tale fantasy that seems to be having either a bit of fun at the German Expressionist style of The Cabinet of Dr. Caligari (also 1919) or is genuinely tapping into the zeitgeist. Either way it is a bizarre fantasy about a girl (Oswalda) substituting herself for a client’s real robotic doll. Based off a popular short story from the tales of E.T.A. Hoffman, the film opens with Lubitsch himself re-arranging a panorama on a table that threads into the set itself.

Sumurun (1920) is the first of Lubitsch’s big scale historical epics. The previous year and not included in the Eureka! box-set Lubitsch made Madame Dubarry (but is released by Eureka! in their Masters of Cinema series), the big scale epic that gave Lubitsch the confidence to work on a bigger scale. Sumurun starred Paul Wegener (known to many German cinema and horror fans as The Golem, also made in 1920), with Lubitsch appearing as the sad and tragic Pierrot hunchback character and first the first time year, the wild Pola Negri as the gypsy girl. The story is an Arabian Nights type of adventure about a despotic sheikh and one person in love with another.

The next film is another historical epic, Anna Boleyn (1920) a telling of the tumultuous relationship between King Henry VIII (played by powerhouse acting giant, Emil Jannings) and his second wife, Anne Boleyn (Henny Porten). At over two hours this is the longest film in the set and, although it plays liberally with history it is a lavish looking film.

The final film here is Die Bergkatze (The Wild Cat, 1921) and again stars the wild Pola Negri, this time up in the mountains flirting with mountain soldiers in another operetta type of romancer that would continue to stand Lubitsch in good stead when he gets to Hollywood. Despite this film not being a success in Germany, within two years Ernst Lubitsch would be over in Hollywood beginning the next and most successful phase of his career.

The only extra is a significant almost two hour documentary called ‘Berlin: From Schönhauser Allee to Hollywood’ covering Lubitsch’s life and career up to 1923. This documentary was made in 2006 and gives an excellent full rounded context both to the disc and the director’s career up to this point. What more would you need? It would be great to have another follow-up set that included other classics such as Carmen, The Eyes of the Mummy (both 1918), Kohlhiesler’s Daughter (1920) and the recently restored The Loves of the Pharaoh (1922) as part of a Volume 2. This is the third time Eureka! have released and re-packaged the set and it still looks good.