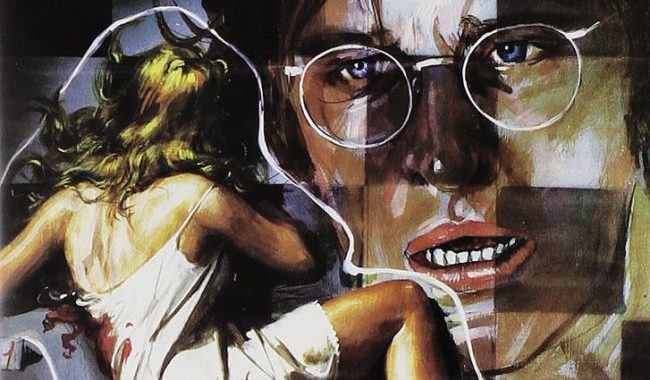 The Suspicious Death of a Minor (1975) DVD Review

Sergio Martino was a very prolific director in Italy in the 1970s and through the 80s, directing such giallo cult classics as Torso (1973), Mountain of the Cannibal God (1978), as well as the colourfuly titled Your Vice is a Locked Room and Only I Have the Key (1972). The Suspicious Death of a Minor (1975) fell in the middle of the decade and is an interesting thriller that makes good use of its Milan locations. A new release by Arrow Video, The Suspicious Death of a Minor opens with an al fresco dance party and a man in glasses, we later learn to be a police detective, Paulo Germi (Claudio Cassinelli) dancing with a young girl and is rejected by her. The girl runs away from him and phones her well connected uncle (Massimo Girotti) that she is unable to meet him. When she arrives back at her apartment in a part of the city known for its prostitution, she is attacked by an assailant who murders her, slashing her throat. Ignoring his superiors, Germi takes on the investigation, believing he has an invested interest in her murder and finds the circumstances strange and curious. He links the murder to the kidnapping of other young people for cash and finds himself wrapped up in the Milanese underworld of assassins, pimps, prostitutes, extortion and violence. All this without naming or blaming the mafia. He also employs the use of a petty thief, Giannino (played by Adolfo Caruso) to help him.

As he says in an extra on the disc, Martino looked back on the film without embarrassment which, I can only assume might not be the case throughout much of his ouevre. It is true that this is not a bad film, nor is it a particularly good film, but never the less is an interesting one. It’s not clear in places as to whether it is intended to be a comedy from the nice jolly soundtrack by Luchiano Michelini to the comedic sidekick in Caruso’s petty thief. In one Keystone Cops type of scene a police Fiat is chasing the police detective in his beat up Citroën 2cv with Giannino even throwing the broken car doors at the cop car. On the way they also pass a pedestrian who jumps out of the way and does a weird head spin. In other  places the film becomes both violent and serious and the comedy is completely dispensed with, making the intent of the film unclear. One funny part that is effective though is Cassinelli’s character keeps breaking the lenses of his glasses and has to replace them.

What is clear though is that Martino can handle the action, making good use of the streets and underground stations on the streets of Milan with some great POV camerawork. The star of the film, Cassinelli, a regular with Martino does shine in the film. Tragically his career was cut short in an accident that took place in another of Sergio Martino’s films, Hands of Steel (1986 and through 88 Films). A familiar face in the film is Mel Ferrer the Anglo-American actor doing the twilight acting career thing and appeared in many Italian films at the end of his career. The only significant extra on the film is an interesting interview with Martino.