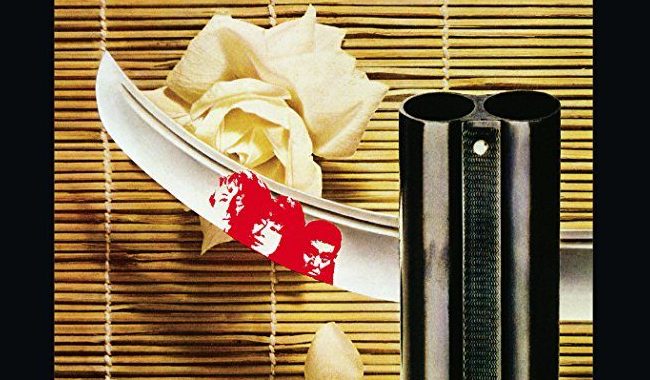 Sydney Pollack’s career has been eclectic and interesting. After he made The Yakuza (1974), Pollack made the brilliant underrated political thriller, Three Days of the Condor (1975) which bears some similarities with aforementioned film in mood, tone and sudden bursts of violence. Three Days of the Condor has a more honed and tighter script, but there are themes in The Yakuza that takes the American hero out of his comfort zone as opposed to the prevalence of paranoia present in Condor.

In The Yakuza, a retired cop, Harry Kilmer (Robert Mitchum), who had previously spent much time in Japan arrives to help an old friend, ex-pat George Tanner (Brian Keith) and help him find his daughter who has been kidnapped by a yakuza, Tono (Eiji Okada) and get him back. Their friendship goes back to the post-war occupation of Japan and a woman (Keiko Kishi) with a sick child they had helped out. Back then Kilmer had also helped out the former soldier and brother to the woman, Ken (Ken Takakura) and as a result Ken feels a lifelong debt of giri to Kilmer. After the men, with the help of a couple of other Americans free the girl sets the men on a clash with Tono yakuza gang, leading Ken to once again take up the takana (a type of samurai sword).

Pollock’s film clearly pays homage to the Japanese martial arts films the country was churning out in huge numbers. Although made by American studio, Warner Brothers, Toei also played a part in the production of the film. Thanks to such labels as Arrow Video we are able to see many of those Japanese martial arts films, either long not seen in this country or seen here for the first time. The action is well handled with some good close up action. Meanwhile, the script was written by some excellent and then very hot scriptwriters, brothers Paul and Leonard Schrader and Robert Towne. Towne was fresh from his highly regarded script for Chinatown (also 1974) and the following year wrote the script for Shampoo. This was a first film for the Schrader brothers, Paul later on to becoming a collaborator on Martin Scorsese’s films, including Taxi Driver (1976) and Raging Bull (1980), while he also becoming a well known director himself, one of his first films being American Gigolo (also 1980). There is little of the talent of the Schraders and Towne demonstrated in their more noteworthy films. This is not to say that The Yakuza is bad, just not in the same league. Mitchum is as stoney faced as ever here, although the role does call from some physical action from the actor (who was 58 when he made the film). The standout actor though is Ken Takakura who brings plenty of coolness and a sense of honour to the role.

Part of the Warner Brothers Premium Collection double format discs, The Yakuza nicely uses an original poster for the film as its cover artwork, comes as ever with films in the series (number 38) with postcards sized posters and lobby cards. One interesting extra is a vintage featurette, ‘A Promise to Keep’ that shows the filming and carries interview with Mitchum among others.