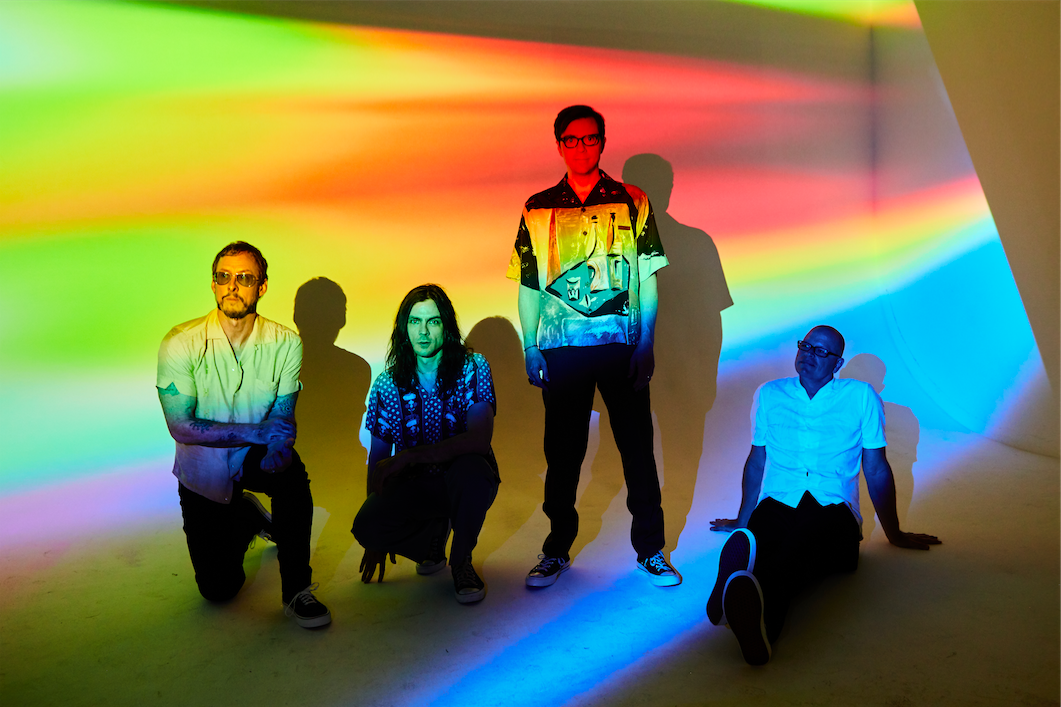 Produced by Butch Walker, Pacific Daydream is the follow up to the critically acclaimed album Weezer (The White Album), which was nominated for a Grammy for Best Rock Album at the end of last year.

Following the release of Weezer (The White Album), the band began working on what they called “The Black Album,” but as they worked, they found the songs they were writing felt more like reveries from a beach at the end of the world. Instead of forcing a different direction, they began an entirely new album; Pacific Daydream was born. Frontman Rivers Cuomo brings this decision back to a Chinese proverb he says inspired the design behind the entire record:

Pacific Daydream – an album full of the melodic mastery and craftsmanship for which Weezer are known – is a record that navigates the uncertainty between reality and dreams, blurring the line between the listener knowing if they are daydreaming the world of the album, or if the world of the album is daydreaming them. It’s a record about finding the gray area between the black and the white, about escaping the every day into the fantasy of what may be just down the line, but also maybe isn’t. It’s an album that sounds like the Beach Boys and The Clash fell in love by the ocean and had one hell of an amazing baby. It’s Weezer doing all the things they do best and then some.