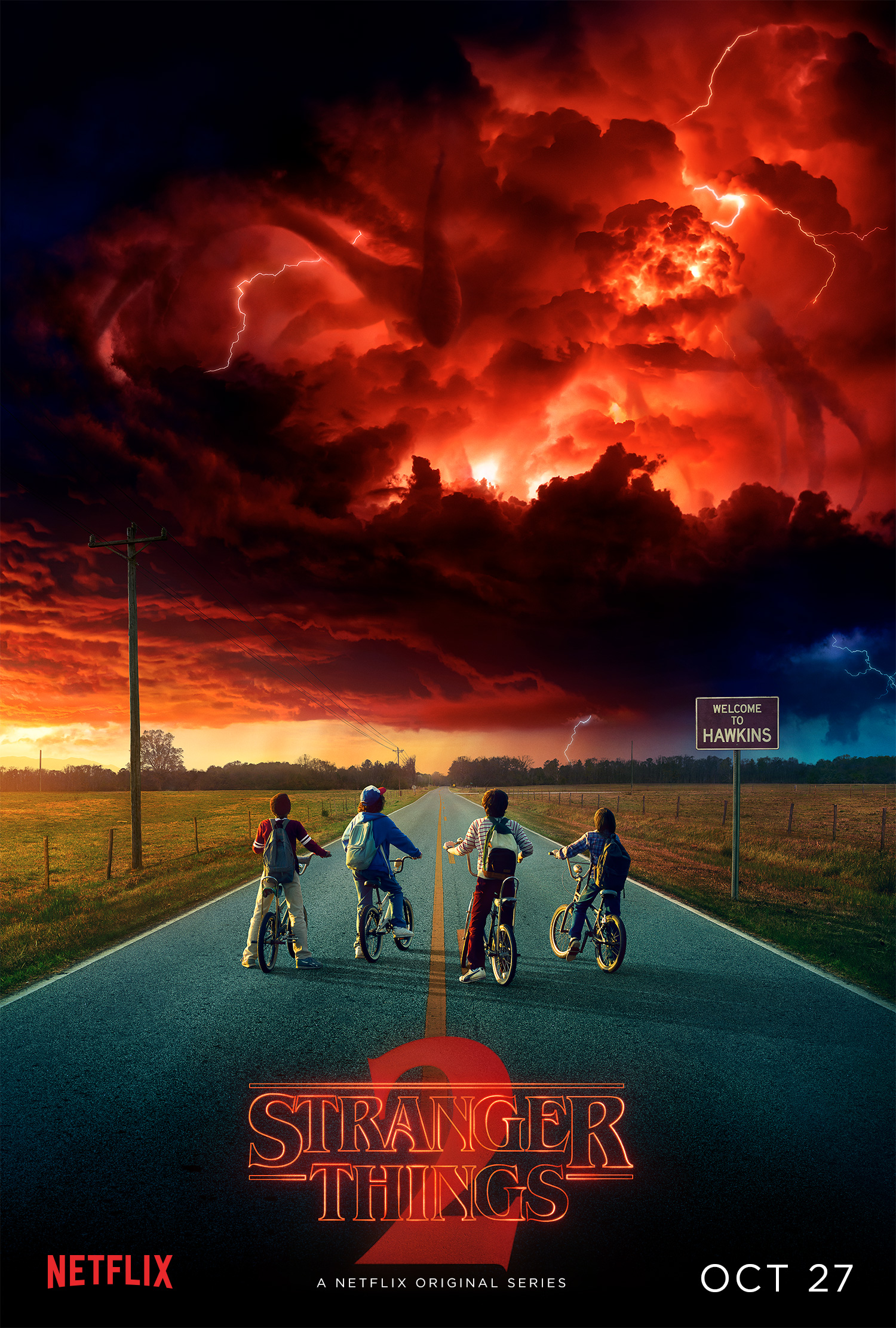 This review is based on all 9 episodes of Stranger Things 2.

Upon opening, we find ourselves in the middle of a heist. This isn’t Stranger Things as we know it, but we’ll go for the ride. Sure, it’s still the 80’s, but a car chase seems a bit diminutive compared to the class of season 1, the flash in the pan that caught everyone off guard and steadily built a following.

Then, it happens; we’re suddenly thrown back into the intrigue and horror that made the first batch of episodes so entertaining, and we’re hooked once more as soon as that initial title music starts playing. Stranger Things 2 kicks off with a bang, but doesn’t necessarily run with it.

At the starts, we are brought back into the world of Hawkins. It is a year since the events of last season, and everyone is dealing with the aftershock in their own way. Some are in denial, some have accepted the outcome. Others are dealing with the stress that it brought in varying degrees, from PTSD (a new term in 1980’s America) to detective work to find out what really went on.

And as we are gradually brought back into the universe that served us so well when thrust upon us in July 2016, there is an overwhelming sense of foreboding. Maybe we haven’t seen the worse of what the Duffer Brothers have to offer just yet. And if you’ve seen the trailers for season 2, you’ll know fun well that we can expect something a bit more grandiose.

As with the first season, the main players here are the kids. To be clear, the adults are fantastic once more; Winona Ryder as the near grieving mother Joyce Byers, who just wants her child to be safe after the trauma of last season, is as good as ever, while David Harbour as Chief of Police Jim Hopper walks with a sense of responsibility for the actions of last season. We have already seen his back story, and he continues on his path of redemption here, though not in a way you might expect, at least from the off set.

But no, the kids are once more in the spotlight; the Duffer Brothers have really lucked out with the actors that they’ve got. Albeit last time out Mike (Finn Wolfhard) was the emotional totem of the series, that mantle has been passed to Will (Noah Schnapp). Having spent most of last season in the Upside Down, Will is now dealing with the fallout and what that means for him.

Not only is he trying to live his life while having his mother, or brother Jonathan, watching over him at all times, he also has school bullies (because kids are the worst) and weekly trips to a lab to speak to a doctor about the episodes he’s having. Also, at the end of season one, he coughs up a slug-like creature, and that just isn’t good for your health.

While Will is the beacon of the series, his friends too get fleshed out a bit more. Lucas and Dustin, who both shone in the first season are given much more to do this time round. With Lucas (Caleb McLaughlin) we get an inside into his family life, while Dustin forms an unlikely bond this time out. Such a likeable and lovable character in the first season, Dustin (Gaten Matarazzo) makes a choice early on which will divide fans, a great move from the writers to wring something new from the character.

As mentioned, Mike does get set aside a bit more than we’d like, but maybe that’s part of the character; he’s still reeling from the loss of Eleven (Millie Bobby Brown) at the end of the last episode we enjoyed. Which nicely seaways to our favourite psychokinetic preteen, who finds herself in an unexpected situation when first introduced.

There are a few new characters introduced; Joyce is now dating Bob Newby (Sean Astin), the most real and down to earth character you could expect for a show like Stranger Things. Indeed, at one point when Joyce says that hers “isn’t a normal family”, Bob replies with “it could be”. He’s a sweet guy who’s just trying to do the right thing, amongst all the crazy stuff that has happened before his arrival. We also meet a new school bully, Billy, and his sister Max, a tomboy who the foursome take to; some more than others.

Without going too much into the plot, as much of what happens after episode 5 leans int spoiler territory, it’s important to know that each episode has it’s own bang, and it’s own pace. There’s still so much to take in from this universe, that you’re nearly better off not to binge watch it. I know that’s going to be tough, but Stranger Things 2 deserves your utmost attention, and you deserve to enjoy it for everything it is.

As a comparison, which is what everyone will do, the big question is; how does it measure up against season 1? It’s tough to say. It certainly carries the atmosphere, the themes, the music of season one. It has it’s fair share of tear jerking moments, it’s scares, its laugh out loud moments just like season one did. But it’s still tough to draw a comparison, because to compare is to take away from both.

Season one probably edges it for one reason only; the surprise. When Stranger Things first hit, it seemed to come out of nowhere. A little talked about venture from brothers we hadn’t heard about. And it blew everyone away. Here, it’s different. There’s the hype, the anticipation, the waiting game that we’ve all played since season 2 was announced.

But rest assured, Stranger Things 2 certainly lives up to the hype, it was worth the wait. With plenty to chew on over these 9 episodes, new stories told and some fleshed out even more, we are ultimately left with more questions to ponder after visiting Hawkins in October, 1984. Make sure you come along for the ride.

Stranger Things is streaming on Netflix worldwide from October 27th