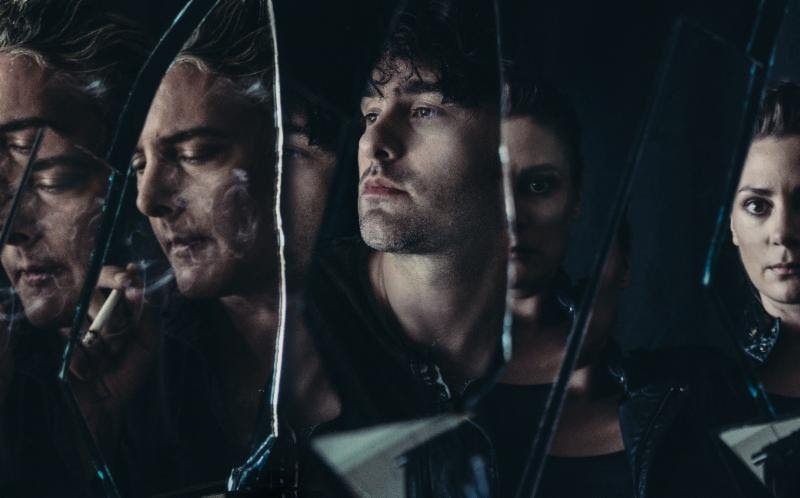 The widely acclaimed California-based band consists of Peter Hayes (vocal, guitar, harmonica), Robert Levon Been (vocal, bass, guitar), and Leah Shapiro (drums). They’ve been crafting perfectly honed, bluesy, psychedelic garage-rock since 1998 and return with their 7th studio album. These rock and roll stalwarts have been praised by NPR for their “gutsy rock ‘n’ roll” while Rolling Stone has called their sound “expansive” and Entertainment Weekly has called it “deeply hypnotic narco-blues.”

Recorded in Los Angeles, Wrong Creatures takes a journey through rock’s history, taking unlikely twists and turns, both peppered with historic influences but also having one foot firmly in the present. Yet their focus still firmly set on returning to the edge of the stage, never resting on their laurels and bringing people further into their live experience.

Ultimately, the band are survivors during an era where rock’n’roll can often be overshadowed by garish pop and domineering hip-hop. Black Rebel Motorcycle Club have learned how to cut out all the noise and concentrate on what matters. Robert Levon Been: “We are truly an island – come hell or high water, so it’s usually best to dress accordingly. Though I’m not sure what the proper attire is when drowning in fire. But leather usually goes with everything.”

Black Rebel Motorcycle Club also announced their North American tour which will be kicking off on January 15, 2018 with dates in Washington DC, Boston, Brooklyn, Los Angeles, and more. The band has partnered with Plus 1 for the US tour in which $1 from each ticket will be donated to War Child, a worldwide organization that supports programs aiding women & children dislocated and impacted by war, political unrest, terrorism and poverty.

The band are currently on tour in Europe, the remaining dates are below: