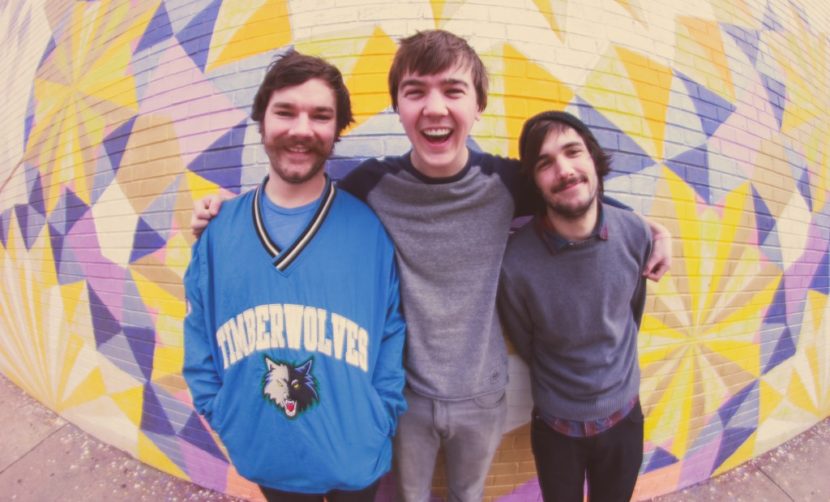 Tiny Moving Parts have shared a brand new video for their new track, “Applause”. The video features the band in the middle of a Midwest winter where Dylan slips on ice and passes out to dream of performing in the warm ocean breezes. “*Applause*” is the latest track to be taken from the fourth coming LP *Swell*, set to be released *January 26.*

Vocalist/guitarist Dylan Mattheisen has played in Tiny Moving Parts with his cousins, brothers Matthew Chevalier and Billy Chevalier since junior high school, and their tight, mathy post hardcore-pop punk combination shows their skills in spades. Their live show is frenetic, and their musical prowess is impressive – the complexity of their songs makes it difficult to believe there are only three of them onstage.

The band first drew attention with the release of their debut LP *This Couch Is Long & Full of Friendship* in 2013 on Kind of Like Records, eventually signing to Triple Crown Records in 2014, who released their second LP *Pleasant Living* later that year. In 2016, Tiny Moving Parts released their third LP, *Celebrate*, to widespread acclaim from NPR, Noisey, Alternative Press, the AV Club and many others and were nominated for the “Best Underground Band” award at the 2016 APMAs and “Best New Artist Music Video” at the 2017 APMAs.