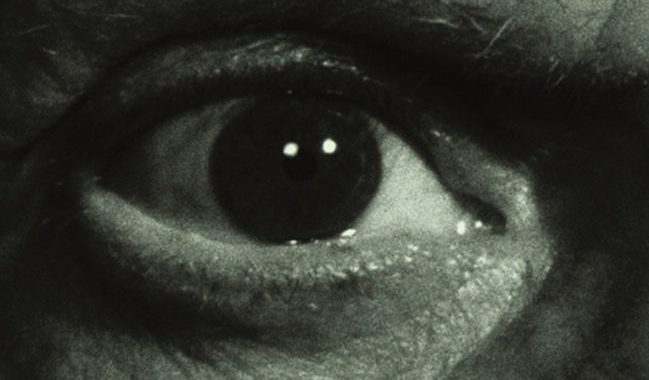 The Mystery of Picasso (1956) DVD Review

Once Picasso referred to his adolesence and his gift for painting and drawing: “It took me four years to paint like Raphael, but a lifetime to paint like a child”. In Henri-Georges Clouzot’s The Mystery of Picasso (1956) we see first hand Picasso’s illustrations and paintings realised and something of his working process. Clouzot, who had directed The Wages of Fear (1953) and Les Diaboliques (1955), both of which have see recent releases on Blu-ray was interested on how the Master worked and, while not the closest of friends knew him personally and occasionally they would dine together. According to Picasso’s younger daughter, Maya Widmaier-Picasso, who had some involvement with the making of the documentary, the project was realised from a restaurant talk. Clouzot, who Maya does not speak very highly of and deemed arrogant, lived nearby to Picasso in St. Paul de Vence, while at the time Picasso lived in Vallauris where he had his studio.

The film opens with Clouzot contemplating what Picasso thinks about during the process of creating as we see (shot in black and white the familiar bald headed smoking artist sat on a packing crate): “One would die to know what was on Rimbaud’s mind when he wrote the ‘Drunken Boat’ or on Mozart’s when his composed his symphony ‘Jupiter’. We’d like to know the perilous process guiding the creator through his perilous adventures.” What Clouzot is saying that through the medium of film we can get an inkling or an indication of what those thoughts are. The vast majority of the film shows a bare chested Picasso drawing and painting using Indian inks and early marker pens (then referred to as American pens) on an opaque fabric from the other side. Of course in each case we see the reverse side from where the artist is sitting making his marks, making the whole process look animated. On one ink painting of a goat’s head Clouzot comments that the whole process looks as though it took just a few minutes. Asking Pablo how long it took, he replies 5 hours.

The documentary hopes to answer that through the process of seeing the artist’s production, the question Clouzot asks at the beginning of the film is answered. Towards the end we see Picasso painting a beach scene at La Garoupe, south of Antibes and Juan-les Pins, persistently, almost playfully overpainting the same canvas using his various styles. In most cases we see (in fast motion) the artist overpainting in his different styles either to experiment as to what works and what does not. We also see while he is painting the aforementioned goat’s head with bright and vibrant oranges and reds to a darker tone to be scratched or washed away showing the paint below the new surface how his vision of the work is constantly shifting.

There are no masterpieces in Picasso’s oeuvre created in this film, but we do see many themes that have appeared in the artist’s work over his career: bullfights, goats, still lifes, classical nudes with urns, odalisques and circus scenes. The documentary was filmed over one month in August 1955 with each artist in their own field having high hopes for the documentary, believing their names alone would carry the film with the added bonus of being shot by Claude Renoir, grandson of the Impressionist painter, Auguste Renoir and nephew to film director, Jean Renoir, as well as a lively and eclectic soundtrack by Georges Auric. It didn’t quite have the impact they had hoped, but never the less is vital viewing for any scholars of Picasso.

There is also a hearty collection of extras on the disc. As well as a brief comparison between the pre and post restored film, there is also a fascinating interview with Picasso’s daughter, Maya who candidly discusses her father, Clouzot and the film making process. To add further context to The Mystery of Picasso, there is another 20 minute documentary on the artist, Paul Haesaerts’ Visite à Picasso. This documentary follows Picasso’s career before we are introduced to him in his Vallouris studio where he is among his more recent works, such as the sculpture, ‘She-goat’. Clouzot must have been very familiar with this documentary for, like in The Mystery of Picasso we see Picasso’s painting technique as we see him painting on glass from the other side. Of course Clouzot’s film went further and developed this with painting on an opaque fabric with the tones shifting from the black and white shots of the artist to the colour of the works in progress and from a 4:3 aspect ratio to widescreen. Another fascinating extra on the disc to art and culture aficianados are extracts of home movie by Man Ray shot at La Garoupe in 1937 with Man Ray, Picasso, and the poet Paul Eluard with his wife Nusch among others enjoying the joie de vivre.