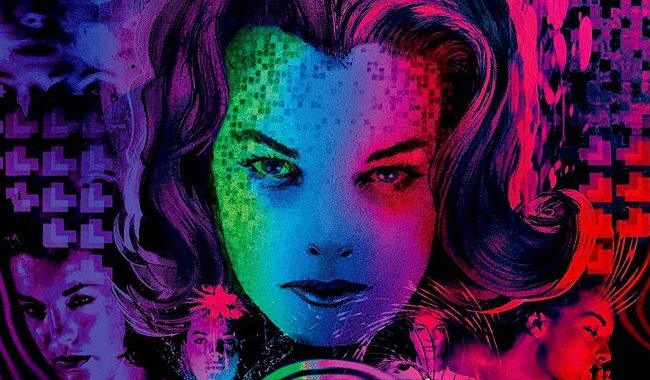 There are several films that due to production, personal, technical or legal reasons were never completed. One can think of Orson Welles’ unfinished film, It’s All True from 1943 that was also released in fragments (and as a documentary in 1993). Film restorer Serge Bromberg set out to unearth the mystery of the penultimate and incomplete film by cinema legend, Henri-Georges Clouzot. The film was called Inferno (L’enfer) and was scheduled to have an 18 week shoot, but all that was shot were 3 weeks in a very jumbled state along with production stills and test screenings. Much of it was shot on location at the Garabit Hotel shot on a lake in June 1964. The Garabit Hotel is on a lake located South West of Lyon and renamed Hotel du Lac for the film. Of course it would have been encouraged and easier for most producers to film the majority of the movie in a studio, but this was not how Clouzot liked to work, preferring the reality and energy of actual locations which no doubt added to his stress.

This is a very special documentary by Bromberg, first shown at the Cannes Film Festival in 2009 and as beautiful as the film is it doesn’t reveal any more about the film than we already knew other than allow us to view the extraordinary images the director created that allegedly further confused the cast and crew. Never the less what is clear is the extraordinary aesthetic and arty imagination Clouzot intended to infuse the film with. At the time Clouzot was becoming interested in Kinetic Art, Op Art and above all the art of Victor Vasarely. The plot of Inferno is about the jealousy and mental deterioration of a hotel owner (Serge Reggiani) who is married to Odette (Romy Schneider). He becomes jealous with the amount of time his wife spends with a beefcake in the local town and, suspecting that they are having an affair, each time he either sees them together his imagination leads him to have some very colourful hallucinations.

Clouzot is one of the recognised geniuses of post-war and pre-New Wave directors. He only made a relatively few films, his most famous being the brilliant and gutsy Wages of Fear (1953) and Les Diaboliques (1955), a film that dubbed him the French Hitchcock (although Hitchcock himself said the latter film influenced Psycho, 1960). Clouzot was renowned to be a very difficult, challenging and driven director who would push his actors and crew, as French film academic and historian Lucy Mazdon says on one of the extras that this also makes him similar to Hitchcock in the manner he treated actors. But what the documentary does not reveal is the mental health troubles that Clouzot experienced in the 1930s. There does seem to be something rather edgy about this director and he clearly pushed himself to the brink with this film, resulting in the director suffering a heartattack finally bringing the project to a close; Reggiani had already walked off the film.

Central to the film is Romy Schneider and the camera seems to love her. Schneider was an Austrian actress who became a superstar in Europe with the costume epic Sissi films (1955-57), a series of epics that are still popular in Europe but little seen in English speaking countries. She was delighted to be offered the role and for the opportunity to work with Clouzot. Schneider herself was prone on occasions to show some diva like behaviours but certainly on the screen tests she looks relaxed and seems to be enjoying herself. She, and co-star, the sexy Dany Carrel were also asked to show boobs and more flesh than cinema audiences were used to at the time which again they did willingly.

Had the film been completed it is clear from Bromberg’s restored fragments and tests that this was a very new kind of film, setting cinema in a new artsy direction. Shot in both black and white with vibrant colour used for the fantasy sequences (of course we will never know how much of the film this would take up), using three film crews (apparently to save time, but had the opposite effect), Clouzot clearly was using some imaginative techniques using mirrors, light and fractured screen to create the kind of suspense that was way ahead of even Hitchcock for cinematic suspense. What is left (about 15 hours of footage was shot) is evident. Thanks to Bromberg’s tenacity, what remains may never have come to light. The story goes that he persistently and charmingly disarmed Clouzot’s widow, Ines who allowed Bromberg access to the 185 cans of film. And thank heavens he did.

It can be argued that Inferno is the greatest film never made judging by what remains. The documentary is well put together and, as well as the extrordinary experimental imagery filmed, Clouzot had also planned to use experimental electronic sounds too. The score used by Bruno Alexiu has an almost Bernard Hermann Hitchcockin feel to it. The disc released on Arrow Academy is accompanied by a superb selection of featurettes including an interview with Bromberg who tells the exciting story of how the film came to him and a superb documentary about the making of the documentary that adds more context to the film and almost acts as an extension of the original including interviews with some of the crew of Inferno, including Costa-Gavras who was then a part of the crew.