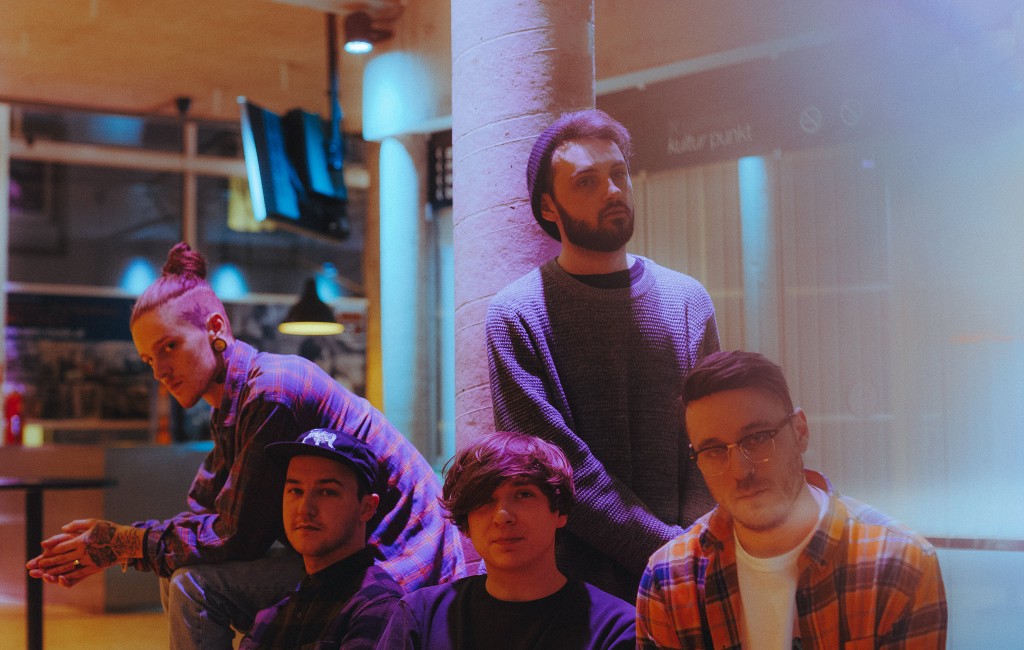 CASEY have revealed a second new song from their forthcoming second album ‘Where I Go When I Am Sleeping’ in the form of the incandescent ‘Phosphenes’, premiered by Daniel P Carter on his BBC Radio 1 Rock Show last night. The new single is connected to ‘Fluorescents’, which was the first song to be revealed from the record. Together, these songs lie at the metaphorical middle of the album, both lyrically and musically. Riddled with (literal) pain and anxiety, both tracks paint a picture of the fragility of existence as told through vocalist Tom Weaver’s own personal experience. Truly transcendental and raw, they form the heart of the record, one that won’t stop beating despite the many attempts at shutting it down that it’s endured.

‘Where I Go When I Am Sleeping’ – the follow up to 2016’s debut album ‘Love Is Not Enough’ – will be released via Hassle Records on 16th March with Rise Records now on board to handle the release duties in North America. It’s a deeply personal journey through Weaver’s various afflictions. “I was diagnosed with brittle bones at birth,” he explains, “and when I was 15 I was diagnosed with ulcerative colitis and at 20 I was diagnosed with manic depression. I’ve also had a heart attack and a stroke and I was in this crazy car accident that crushed half my face. They’re big life events, but a lot of the stuff that’s happened to me medically was stuff that I was just living through at the time. Looking back now, though, I realise I could have died four or five times. I’m lucky to be here.”

Recorded at rural Wales’ illustrious Monnow Valley Studios and produced by Brad Wood (Placebo, Sunny Day Real Estate, Touché Amoré), the songs that comprise the album are much more expansive, atmospheric and layered than anything Casey have done to date.

The band also recently announced a full UK & European headline tour to follow up the unveiling of the record and the previously announced album release shows. The tour will span three weeks in March/April, including a week in the UK which kicks off April 13 at London’s Boston Music Room. Casey spent much of 2017 on the road, bringing their unique and supremely emotive take on post-hardcore to venues and festivals across the continent. Their live experiences included stints supporting The Amity Affliction and Boston Manor, as well as storming sets at Slam Dunk, Download, Reading & Leeds and Impericon Festivals.