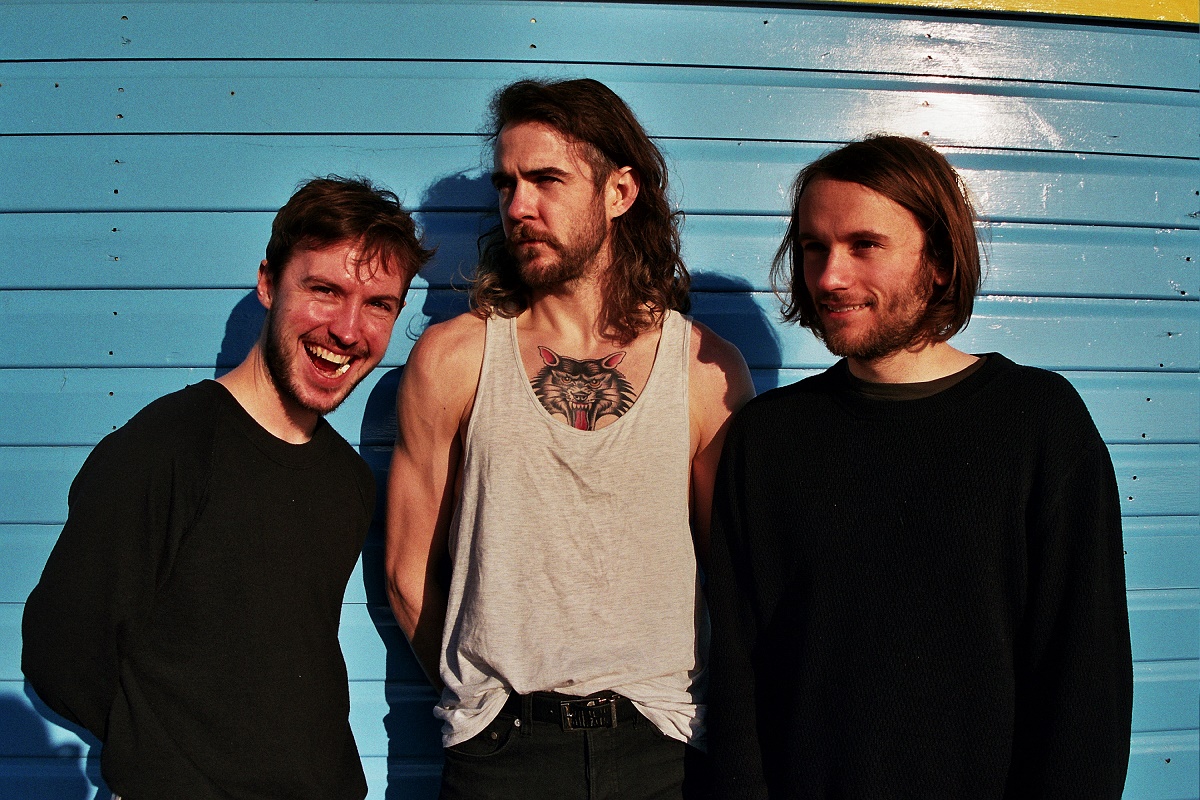 Littlehampton trio GLOO are pleased to reveal a…err…punchy…new video for their latest single ‘Hit It’, which is out now via all good digital retailers and streaming platforms through their own DIY label Dropping Bags Records.

Hit It by Gloo on VEVO.

Shot in an abandoned mechanics yard on their local trading estate, the band managed to get a DIY boxing ring set up with some barrier tape and reinforced steel for corners – all regulation and above board, we’re assured…

Once they had a venue and both parties were on-side, then the fight was on. They had a handful of close friends and family come along to watch (and laugh, mostly), going the whole hog with intro songs and gowns specially made just for the occasion. Fellow band members Tom and Simon played their part as referee and round girl respectively, and – considering Tom doesn’t know the rules of boxing and Simon isn’t a girl – things went fairly smoothly by all accounts.

Initially enthused with the idea for the video, which seemed like an instant hit, Harfield quickly realised he might have made a slight error of judgement when he remembered that his Dad’s amateur boxing record – albeit twenty years ago – stood at 22 wins to 2 losses.

Drummer Mark commented on the somewhat unorthodox idea: “I was super game for it and knew it would be funny to watch either way. I had an underlying fear of getting put on my arse, but secretly wanted nothing less than to do exactly that to my Dad! I kinda knew that worst come to worst my Dad’s age, weight and diabetes issues would mean that I could just bounce around for five minutes without getting punched. I pretty much instantly got on eBay, bought a punch bag and gloves, then was straight onto YouTube and just ran drills, keeping in the mind the fear of getting knocked out by my Dad for all to see!”

Former County Boxing Champion Jason Harfield (Senior) said of the experience: “I was looking forward to the challenge of taking Mark on, with him being younger and fitter. My mates said they couldn’t have had a fight with their son but knowing Mark I knew he would have prepared and it wouldn’t be quite the trouncing they were expecting.”

The trio are now ramping up anticipation for their first full-length release, details of which will be revealed later this year.