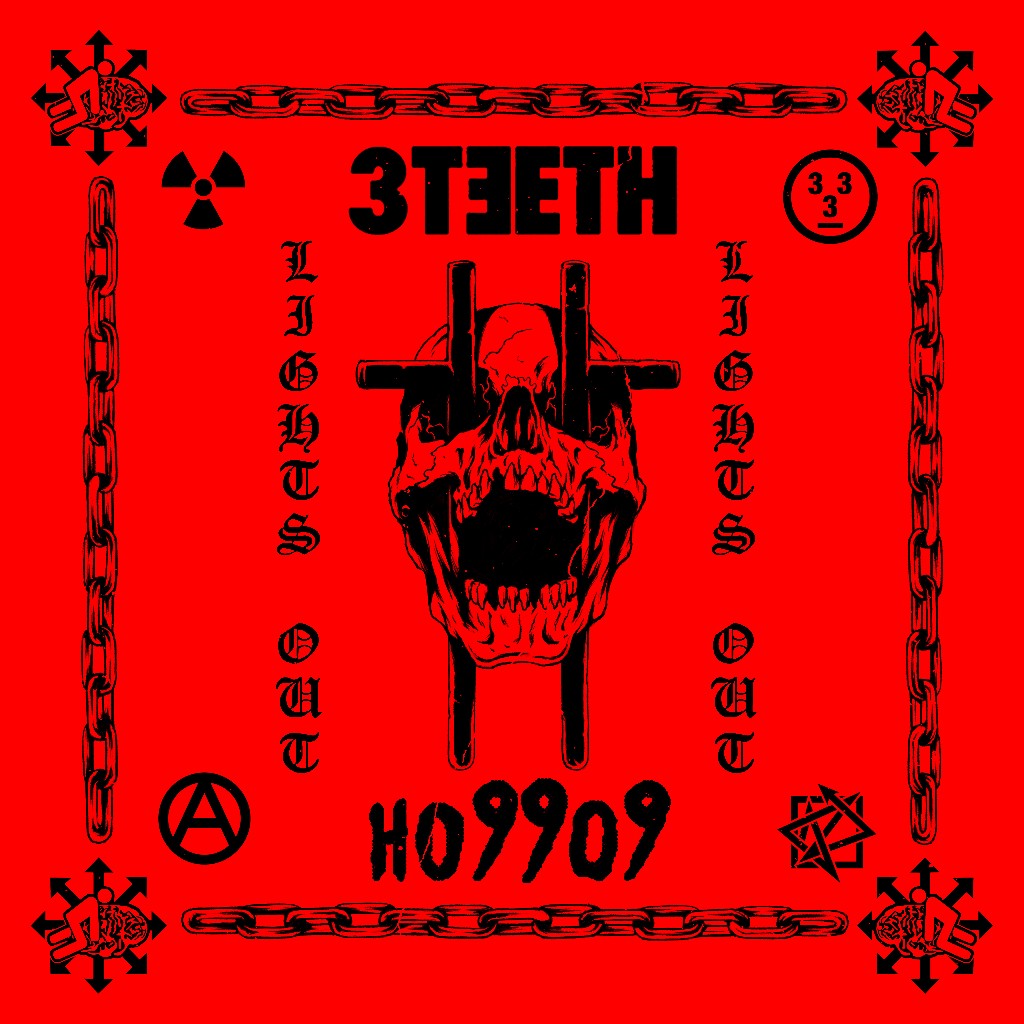 L.A. by way of New Jersey hip-hop/punk mutants Ho99o9 and Los Angeles based industrial band 3TEETH have released a collaborative track ‘Lights Out’ via their own imprints Toys Have Powers and OMF Records. Kindred spirits in live aesthetic, the track plays to 3TEETH’s Industrial sensibilities in line with Ministry and NIN and Ho99o9’s punk/hardcore/hip-hop to form an early preview of what things might be like live on the co-headline. There will also be a limited 7-inch vinyl release that contains an exclusive 2nd song ‘Time’s up’. The two acts have also announced a co-headline tour of the US. Kicking off March 28th in Anaheim and wrapping up April 28th in San Francisco the 24 date jaunt will take the two bands to Atlanta, Brooklyn, Chicago, Toronto, LA and more.