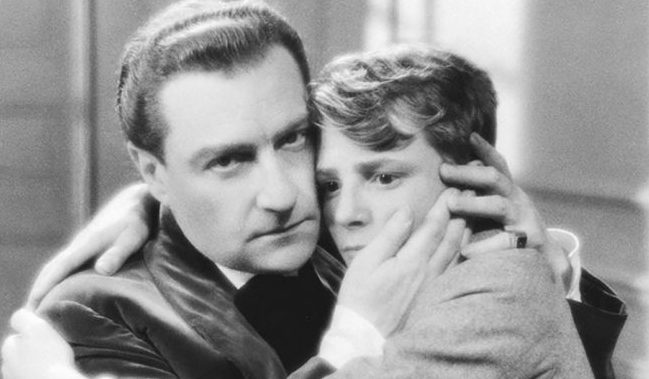 Today Sacha Guitry is not an actor, director or playwright that is well remembered. As a filmmaker he is not up there among the ranks of Jean Renoir, René Clair or Julien Duvivier as one of the great 1930s French directors. Never the less, he was an important and very prolific director in pre-war France. Indeed on an introduction to the films of Sacha Guitry on the Arrow Academy 4 disc set, French film historian Ginette Vincendeau states that Guitry continued to make films under Nazi occupation. This did not work in his favour after the war for, although his films were not made at the German Constantin Studios he continued his bourgeois and oppulent lifestyle and as a tacit supporter of Marshal Petain he had dropped himself in it, leading to his arrest in post-war France.

As a filmmaker, his critics have commented that though most of his films were adaptations of his own plays, they are really only filmed plays. In fact of the 4 films presented here, 3 are contemporary parlour dramas with a touch of farce, while the other opens itself up further as a potted history of modern France and as a costume drama. All of these films date from between 1936 – 1938, while the latter film, Up the Champs-Élysées (Remontons les Champs-Élysées) is the only one made in 1938, the other 3 all made in 1936. The first film on the disc, Indiscretions (Le Nouveau testament) is about a middle-aged bourgeois doctor, Marcelin (Guitry) who is married to a woman the same age (Betty Daussmond) who is having an affair with a much younger man (Christian Gérard). The wife suspects that here rather high minded husband is also having an affair with his new secretary (played by Guitry regular, Jacqueline Delubac). There are elements of farce here as characters go in and out of rooms and with all the familial double crossing and intrigue.

In the next film, My Father Was Right (Mon père avait raison) Guitry once again plays a similar kind of character, this time abandoned by his wayward wife leaving him with their 10-year-old son. This makes the father suspicious of women and relationships,  educating his son on being wary of relationships. 20 years later the son brings home his new intended, while his wife wants to come and back and reclaim their son. Needless to say this story is an example of Guitry’s misogony which runs through all his films and often delivered with some sharp tongued dialogue as here, but in My Father Was Right it seems somewhat more pointed.

As with the previous 2 films, the next one, Let s Dream (Faisons un rêve…) is another parlour tale of indiscretion. This time Guitry includes a prologue with a party which runs like a who’s who in French cinema in the 1930s with alongside the films 2 stars, Guitry and Raimu, also appearing are Michel Simon, Arletty, Claude Dauphin and the aging Yvette Guilbert (who is best known as a model in several Toulouse Lautrec paintings).

The final film is a departure from the other 3. Up the Champs-Élysées (Remontons les Champs-Élysées) is different in that it is a historical costume drama tracing amour and France’s rulers from Louis XV through revolution, Napoleon Bonaparte, the Bourbons and the 2nd Empire of Napoleon II. This is all told through a French teacher (Guitry), teaching his class and weaving his own aristocratic routes and connections. This film has a big cast, lush costumes and all presented as Guitry’s own personal almost nationalistic vision of France.

To a British audience, Guitry’s films are little seen. The dialogue is undoutedly sharp and in many senses can be compared as a French Noel Coward. Like Coward, he is a bourgeouis, educated and more than a touch arrogant with grand mannered gestures. Whereas Coward was clearly quite camp, Guitry was somewhat a misogynistic womaniser. Elements of Guitry’s style are made clear on the presentation with several vignettes covering such things as the humour in Guitry’s dialogue and even the use of the telephone as another tool to show off Guitry’s voice. A rare opportunity to see a French maestro luvvie at work.